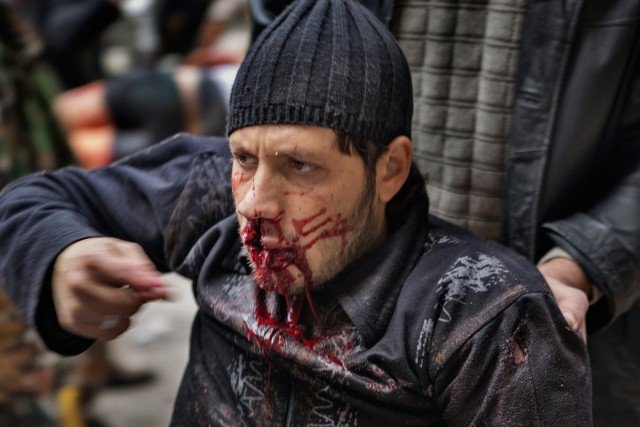 More Trouble Ahead on the Assad Front?

Syrian Foreign Minister Walid Muallem said Wednesday that Iran and Russia would never give up their support for his regime in the face of a four-year-old armed revolt.

“I assure you that the relationship between Syria, the Russian Federation, and the Islamic Republic of Iran is much deeper than some people think,” Muallem said at a press conference with his visiting Armenian counterpart Edward Nalbandian.

Why would Moallem make such a statement unrelated to Nalbandian’s visit? Is there more trouble ahead on the Assad front?

He said Tehran and Moscow “have not and will not delay in providing aid to help us persevere,” while armed rebels had “clear support from conspirators” and were infiltrating from Turkey.

In March, embattled Assad said Russia and Iran “want stability and a political solution for Syria”. Saudi Arabia, Turkey, and Qatar who have been supporting Islamist fighters to oust the Assad regime have been asking for stability as well.

The three countries share “the same view” of Syria’s four-year conflict, he said. Indeed, but the timing for the statement is puzzling. Could there be more trouble ahead on the Assad front?

Muallem said Damascus looked forward to “a better and bigger Iranian role in the international arena” after the end of Tehran’s negotiations with world powers on a nuclear accord.

Iran is one of Syria’s largest backers, sending financial and military support — including military advisors — to prop up the Assad regime.

Syria’s conflict began in March 2011 with anti-government demonstrations, but evolved into a protracted and bloody civil war that has left at least 300,000 Syrians dead, many of them innocent civilians, on both sides of the conflict.

More Trouble Ahead on the Assad Front