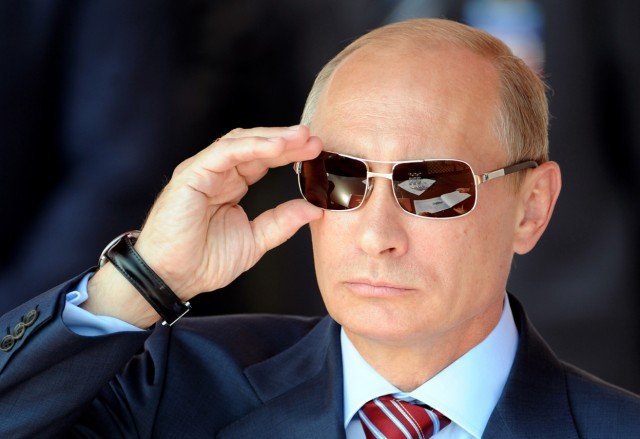 As President Obama is sworn into his second term today, Putin flexes his muscles on the same day with the largest Russian war naval exercises in the Mediterranean. The Russian Bear hibernation is over. A new era begins.

During the Soviet Union era, the world over knew exactly what kind of system it was dealing with. The Russian Bear looked as vicious and as lethal against a prosperous West as it did against its own people and dissidents. No wise Western leader had any illusions about what that system represented, how the very few gained so much power by sacrificing the lives of millions of their own citizenry, and the Genocidal men behind its architecture; it is a sad chapter of human history that gets lost on many ordinary people.

While George Washington believed in the liberty of men, Karl Marx believed that one must transform human nature to write history. The stark difference between these two political ideologies came clashing against each other when the liberty of America landed on the shores of Europe during WWII. Some fifty years later, liberty won and the transformation of human nature, now a crippled exercise in bending human will violently, crumbled under the virtues of a US President many ridiculed for his past work as an actor in Hollywood.

However, the system rose again disguised as a wolf in sheep’s clothing. Instead of fighting the Libertarian economics of John Adams that had an influence on Karl Marx, it will work with the system until if finds an opportunity to exact a toll on the American Republicans. Working with the system means walking a fine line between confrontation and evasion, between provocation and surrender. That is in essence what the old face of the Soviet Putin represents wearing a new baby face instead of Brezhnev’s old rough Bear face.

Putin’s real confrontational Cold War policies have made their debut lately because of Syria. Seated in the White House is an American President who is surrounded by people with a single obsession of avoiding confrontation, be it Diplomatic or military, at any cost, even if that means US interests could be in peril. Avoiding wars is a noble task, no doubt about it, but when an enemy knows that your next move will not threaten any of his interests make no mistakes about it, Putin is a dangerous enemy of American values he can outmaneuver you as part of a long-term plan to destroy you. Worse yet, he will show the world he can outmaneuver you as Putin is doing today with a major naval exercises in the Mediterranean to protect Assad of Syria.

It is not a coincidence that the Russian naval exercise in the Mediterranean, taking place today, coincides with the swearing-in ceremony of President Obama for a second term in office.

Putin knows that with Obama and Kerry as the architects of a new non-interventionist US Foreign Policy, he can easily defend Soviet-era interests that excel in the art of violence using confrontation without fear of retribution. Actually, with this administration being sworn into Office today for its second term, we will not even get an acknowledgement that a problem exists. The less the matter is discussed, the less accountability the President will face.

On Syria, Putin is pushing the US into a corner, which has already damaged US interests as well as US prestige and power. This comes on the heels of the terror in Benghazi and Algeria, in both of which we saw a noticeable absence of US presence, let alone power.

There is no doubt President Obama will not respond at all, which means Putin will have the next four years to repay America for what Putin views as Reagan”™s humiliation of the Soviet Empire Putin was groomed under and still believes in deeply.

With Obama, Kerry, Hagel, and Brennan, the stage is set and Putin may not have to do much.

Who would have thought Syria, after 24 years of hibernation, could be the place where the Bear shows its paws again.

Tit-less old cow and its excessive burden
Is Obama not weak? We beg to differ
Russian Policy of Raping Muslim Women
Radicalism 567