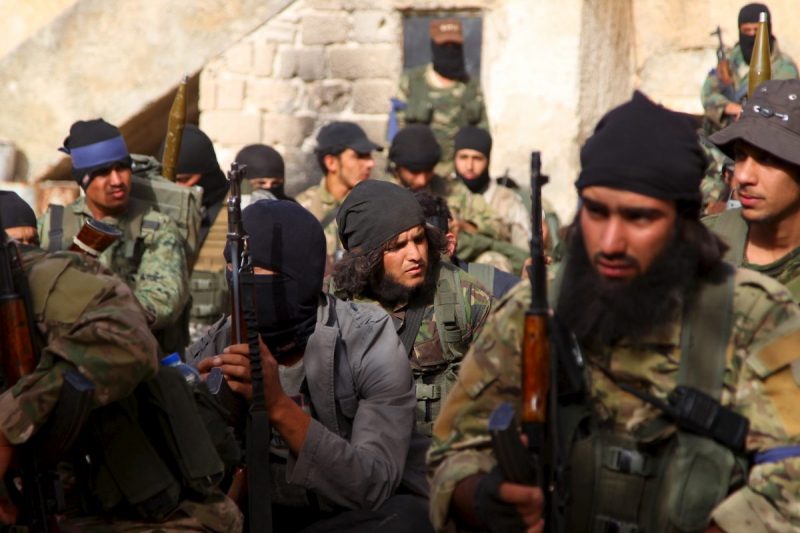 January 19, 2013 1:21 pm 0
It Was Never About ISIS Only
Syrian Oil Fields are off Limits to the Trifecta Terrorists
Falafel Interviews Dead ISIS Terrorist

The Arab region may be undergoing a sort of a paradigm shift. From “resisting” western values represented by attacks against Israel, the Arab Sunni street is shifting to “revenge” against the Alawites of Syria and the Shia of Iran. A new Middle East paradigm shift is underway converting people from acts of Resistance to acts of Revenge.

The “resistance” camp squarely remains in the hands of Iran, Hezbollah, Hamas, al-Qaeda, and the new faces of the Muslim Brotherhood. The Arab street, however, witnessing from reading personally many high-traffic Arab sites, Blogs, and Facebook comments, is concentrating on a new challenge called “revenge” aimed against Assad and Iran namely because of the vast dissemination of news, videos, and pictures of the horrors of Assad in Syria.

Hamas attacking Israel with missiles was just a diversionary tactic to redirect the Arab street against Israel; but the Arab street seems more tuned to “revenge” against Assad and Iran than against the Jewish State. This is thye new Middle East paradigm shift no one expected.

For Assad, the game is no longer about creating a balance the Iranians have been toying with through their secretive dealings with the Muslim Brotherhood and every other extremist organization. He may have played along because it shielded the Alawites from confronting the Sunnis all by themselves; today, however, Assad thinks more like Putin than Ahmadinejad if this paradigm shift continues to trend upward as fast as it has over the last few months. This may explain Assad’s speeches and tirades more written by the Kremlin than Tehran challenging everyone who does not take his highway.

This new anger coagulating at the Arab street level must drive towards a new policy by the Obama Administration. How the US responds to this is crucial now. We have witnessed a partial response already when the US labeled Jabhat al-Nusra (JAN) a terrorist organization. JAN is more in the “revenge” camp than the “resistance” camp today; in fact, the fighters who formed JAN came from an Arab street seething more over the terror of Assad and Iran than their hate for Israel. That policy, in my humble opinion, backfired if the intent was to coalesce Syrians against Assad and drive the US agenda. However, in this instance, the US may not have had any other good choices except to help the FSA defeat Assad, one decision President Obama has stubbornly avoided.

Syria has become the ground for hate, revenge, and extremism. Because of its history in expanding the territories of Islam, it will come back to haunt the region because Sunni youth convergence on Syria means convergence on the history of Islam. They are only few sermons and few history lessons away from a new Muawyiah era.