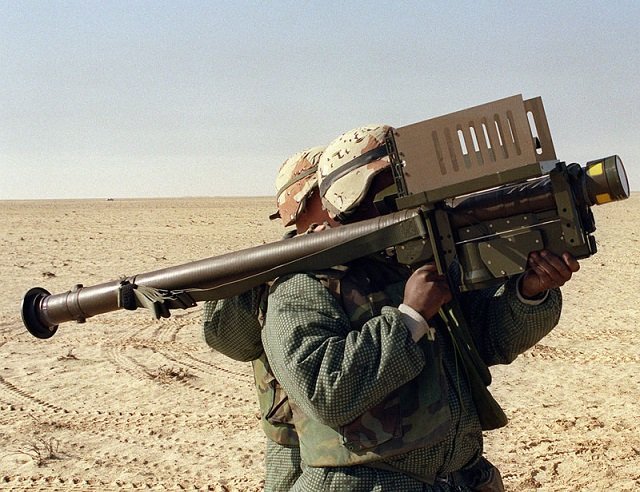 Are Advanced Stinger Missiles Next Phase in Syria?

September 22, 2015 12:38 pm 0
Even Democrats are Critical of Obama
Sunni Arabs: Iran Deal Opens the ‘Gates of Evil’
Not all minorities are the same

Russia’s military intervention in support of Baschar al-Assad has dismayed the Gulf Arab enemies who say it will prolong the war and keep Syria firmly in the orbit of their arch regional rival Iran.

Russia says it is providing arms to the Assad regime, a longtime ally, and has sent servicemen to advise on their use in the fight against Assad’s enemies. Moscow has also staged naval exercises off Syria.

Washington, which opposes both IS and Assad, says Moscow has also sent fighter jets, tanks and other heavy equipment to Syria. On Monday U.S. officials said Russia had started flying drone aircraft on surveillance missions in Syria. Moscow has not confirmed those reports.

Saudi Arabia and the other Sunni Muslim Gulf states have this month reaffirmed their opposition to Assad, whom they see as a stooge of Shi’ite Iran, but have not said publicly how they intend to deal with the arrival of the Russian forces.

Is it time to ask then if advanced Stinger missiles will arrive next to Syria to defend against new Russian bombers and helicopters?

“We don’t have full details on the extent of the (Russian) involvement and role (in Syria). But such issues on the ground complicate the matter and make it more difficult to find a solution,” an official source in the United Arab Emirates (UAE) told Reuters, speaking on condition of anonymity.

Saudi Foreign Minister Adel al-Jubeir described the Russian military moves as an “escalation” and reiterated at a recent meeting of the Gulf Cooperation Council (GCC) that Syria can have no future while Assad remains in power.

This translates to us as advanced Stinger missiles may be the next phase in Saudi Arabia. One escalation is met by another.

In a statement the GCC foreign ministers urged a political solution to the Syrian crisis “without any foreign intervention” – a clear swipe at Russia and Iran.

It remains unclear whether Gulf Arab states would want the Syrian rebels they fund to engage Russian forces in battle – a prospect that would further upset the regional balance of power.

By contrast, Obama and Putin officials have discussed ways to prevent their forces accidentally coming to blows in Syria, where Washington is conducting air strikes against IS targets.

While Riyadh prefers a political solution, its foreign minister al-Jubeir said, “the military choice is still available, as the Syrian opposition is still fighting the regime with more efficiency with the passing of time”.

Will Saudi Arabia ship advanced Stinger missiles to Syrian rebels in violation of a promise it made the Obama administration?

The Syrian conflict began in 2011 with protests against four decades of tyrannical Assad family rule. In the ensuing civil war a 300,000 people have been killed and 11 million – half the total population – driven from their homes. Tens of thousands of Syrian refugees have fled to Europe in the past month alone.

Syria is of vital strategic importance for Moscow. Its naval base at Tartous is its sole installation in the Mediterranean and underpins its regional influence. The Assad family has also historically been one of Russia’s best clients for arms sales.  However, Russia wrote off, in 2005, some $9.8 Billion in Syrian debt.

For many Gulf Arabs, Russia’s entry into Syria’s war brings echoes of older strains surrounding the Saudi-backed resistance to Soviet occupation troops in Afghanistan in the 1980s.

Some find it ironic that Russia, once a fierce critic of outside intervention in Syria, is now doing just that.

“Has Russia jumped feet first into the meat-grinder that is Syria?” tweeted Mohammed al-Rashed, a Saudi commentator.

“Did it not learn its lesson from Afghanistan, which ripped apart the Soviet Union? Or Chechnya, which crushed Russian arrogance? Did Putin learn a thing?”

Will Saudi Arabia ship advanced Stinger missiles? Probably not, but al-Sauds will find a way to strengthen the rebels. They know that if Iran wins in Syria, it will be free to mess with the Gulf countries.

Are Advanced Stinger Missiles Next Phase in Syria?