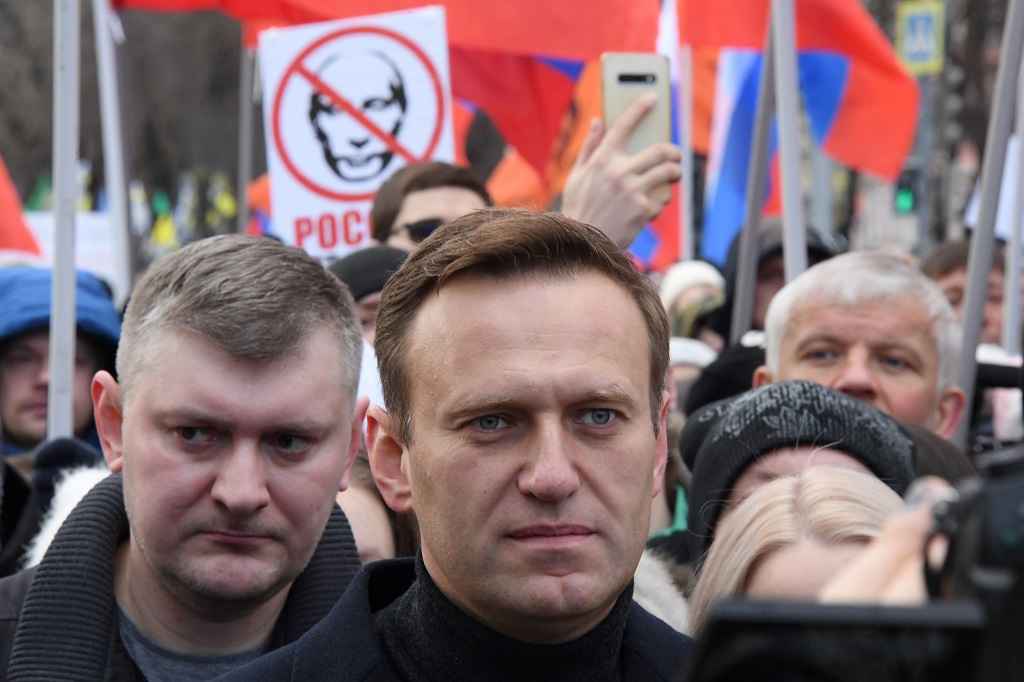 Any Reason Why the World Should Not Poison Vladimir Putin?

August 21, 2020 1:46 am 0
If the Alawite Minority Remains in Control of Syria
Incident in Hangzhou
2020 Presidential Election Looks Uglier Than Ugly

Yes, this is a flagrant title for an article. Yes, this may sound utterly illegal. But deep down and in all honesty, any reason why the world should not poison Vladimir Putin upon one of his international trips? Just to hold him accountable for crimes against humanity. Not only of Syrian civilians in hospitals and schools, but of his own people. The ex-KGB mass murderer has become too dangerous for our world to simply sit idle while he continues breaking with every protocol imaginable to reach his evil goals.

This latest episode of Putin barbarism in poisoning Alexei Navalny — there is not doubt Putin ordered this heinous crime — his most prominent opposant, should, by all means, unite the world to poison Vladimir Putin. His Stalinist tendencies has become a global threat. We believe any attempt at ignoring, or the shrugging of shoulders, cannibalizes human morality and shreds it to pieces.

When you consider his actions since he illegally seized power in Russia, you will have to agree that this is the most sensible solution to a problem that is not going away. Not if we don’t act. Not if we don’t put a stop to Vladimir Putin by sucking his miserable life out of him. He is a serial killer and destroyer of sovereignty. Brexit, Donald Trump, and the rise of fascism in Europe. Is that not enough to say enough is enough?

The ill-fated comatose state of Alexei Navalny is symbolic of our inaction. It is symbolic of lazy shrugging of shoulders cowardly politicians are infamous for. Time has come to act decisively.

The world community must stand up to Vladimir Putin today and now or he will rip through your heart and soul as he is ripping through your communities today. Every year this savage man lives is a year of more death that we should no longer tolerate.

So what are the international laws, treaties, agreements, or accords any country can apply to rid the world of his evil? Should not Europe and the U.S., when Trump is out, form a secret task force whose job is to look at all options available to hold him accountable? From applying international law to locking him up all the way to poisoning him as he rips through humanity tearing her apart. We should have done that the day he poisoned Russian anti-Putin double spy Sergey Skirpal.

Vladimir Putin is the new Osama bin Laden. Don’t fool yourselves. His threat is global and growing.

ANY REASON WHY THE WORLD SHOULD NOT POISON VLADIMIR PUTIN?

The Guardian of London published an article this past June predicting the decline of Russian spy agencies. Maybe the Guardian should correctly write that their decline is synonymous with poisoning Vladimir Putin instead. As long as Vladimir Putin lives, the world remains unsafe. And for those who are appalled by this notion, ask yourselves the question; What will the top leadership in Russia do if Putin is wiped from this planet? Drop an atomic bomb on some western country? They will do nothing. Absolutely nothing.

They will select another corrupt beast, but at least he will understand his limits because poisoning Vladimir Putin sets the bar for all future Russian barbaric leaders.

We say: Lure Vladimir Putin to a G7 summit. Then dispose of him through poisoning the same way he is disposing of his own people through the same barbaric methods. What better way to send the strongest of signals to other barbaric Russians?

Let us send Vladimir Putin to join his hero Joseph Stalin. Both deserve history to write them off in inglorious ways.

Any Reason Why the World Should Not Poison Vladimir Putin?