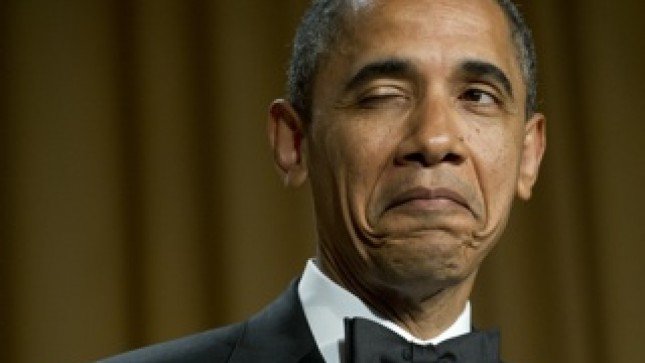 Any More Proof Obama is Protecting The Psychopath Assad?

July 15, 2013 8:21 am 0
If Assad Remains in Power, the Salafis will Turn Syria into a Swamp
The Idiot Guide to the Syrian Revolution (in 6 Paragraphs only)
Pity The Nation

Why? Because Obama thinks Assad is right to confront American hypocrisy and arrogance Obama himself is eager to curb. The perfect case of an American President who agrees with our enemies instead of championing the exceptionalism of America.

Read it and weep over the thousands of children dying for Obama and Assad. Any more proof Obama is protecting the psychopath Assad?

No Quick Impact in U.S. Arms Plan for Syria Rebels

A month ago Obama administration officials promised to deliver arms and ammunition to the Syrian rebels in the hope of reversing the tide of a war that had turned against an embattled opposition.

But interviews with American, Western and Middle Eastern officials show that the administration’s plans are far more limited than it has indicated in public and private.

In fact, the officials said, the administration’s plans to use the C.I.A. to covertly train and arm the rebels could take months to have any impact on a chaotic battlefield. Many officials believe the assistance is unlikely to bolster the rebellion enough to push  [psychopath] Bashar al-Assad of Syria to the negotiating table.

The plans call for the C.I.A. to supply only small arms, and to only a limited segment of the opposition — the actual numbers are unclear. In addition, much of the training, which is to take place over months in Jordan and Turkey, has not yet started, partly because of Congressional objections.

The cautious approach reflects the continued ambivalence and internal divisions of an administration that still has little appetite for intervention in Syria, but has been backed into a corner after American and European spy agencies concluded that Syrian government troops had used chemical weapons against the rebels. Mr. Obama had declared the use of chemical weapons to be a “red line” leading to American action.

Many in the administration say they are still seeking to satisfy themselves that they have taken all precautions possible to prevent weapons from falling into the hands of Islamic extremists in Syria. To them, the plan carries echoes of previous American efforts to arm rebels in Angola, Nicaragua and elsewhere, many of which backfired. There is also fear at the White House that Mr. Obama will be dragged into another war in the Middle East.

But others, particularly many in the State Department, argue that the United States must intervene to prevent a further deterioration of security in the region and to stop a humanitarian crisis that is spiraling out of control, officials said.

“In my meetings with American policy makers I often detect a conversation between ghosts,” said Michael Oren, the Israeli ambassador in Washington, speaking of the debate. “The ghosts of Afghanistan and Iraq are vying with the ghosts of Rwanda and Kosovo.”

The plan — made possible after Mr. Obama signed a secret “finding” that circumvents international laws prohibiting lethal support to groups trying to overthrow a sitting government — continues to face bipartisan skepticism in Congress.

“It’s not clear to me that the administration has a workable policy,” Senator Susan Collins, a Maine Republican on the Intelligence Committee, said last week.

Senior officials, including Vice President Joseph R. Biden Jr. and the C.I.A. director, John O. Brennan, have lobbied lawmakers in closed briefings and personal phone calls since late June. On Sunday, a senior administration official said that the Congressional concerns had been addressed and that “we look forward to pressing forward.” Some senior Congressional officials said Sunday that final details must still be worked out.

The Congressional impasse has exposed other shortcomings in the administration’s approach, lawmakers and independent Syria specialists said.

The slow start to the arming effort has led to skepticism — particularly as Mr. Assad’s troops retake strategically important towns from rebel forces — that the C.I.A.’s plan can achieve what Mr. Obama has said is America’s ultimate goal: forcing Mr. Assad to step down.

White House officials have made few public statements about the expanded military support to the rebels. It was not the president but Benjamin J. Rhodes, the deputy national security adviser for strategic communications, who announced the policy shift on June 13 in a conference call with reporters, saying that the approach “aimed at strengthening both the cohesion of the opposition, but also the effectiveness” of the rebels.

After the announcement, one senior Arab official said the United States would act like a “quarterback” — coordinating not only American arms shipments but also expanded deliveries of weapons from other allies, and probably providing opposition groups with intelligence reports on the movements of Syrian government forces. For nearly two years, a fractious coalition of Muslim nations, including Saudi Arabia, Qatar, Turkey and the United Arab Emirates, has supplied the rebels with weapons. The countries have been eager for the United States to take a direct role in arming them.

But even as American officials profess confidence that they can arm one segment of the opposition without empowering fighters from rebel groups like Jabhat al-Nusra, which the administration has designated as a terrorist organization, they face a daunting task in preventing arms from falling into the hands of extremists. They also acknowledge an immediate problem in trying to prop up one part of the opposition at the same time that an American ally, Qatar, is suspected of having supplied weapons to more hard-line Islamic groups in Syria, despite assurances to the contrary from Qatari officials.

“One of the biggest impediments has been the cohesion and the organization of the opposition relative to the Assad forces,” Senator Jack Reed of Rhode Island, a senior Democrat on the Armed Services Committee, said in an interview.

For example, the group that officials in Washington have designated to be recipients of American arms, the Free Syrian Army, is actually an umbrella organization composed of hundreds of different battalions in Syria.

Many of those battalions are not under the direct command of Gen. Salim Idris, the commander the administration has identified as its chief interlocutor with the opposition. Some of the battalions receive General Idris’s orders only after they gradually trickle down through a byzantine command structure.

Battalions that affiliate with the Free Syrian Army range from small teams in rural areas that make their own weapons to larger, more organized factions that receive the most powerful weapons. The opposition groups are dispersed throughout the country — the more organized and well-equipped factions residing in the north and the less cohesive operating in the south.

It remains unclear when the C.I.A.-supplied small arms will arrive in Syria. Earlier this year, the administration pledged “nonlethal” assistance to General Idris’s command that took months to arrive in full.

Secretary of State John Kerry first announced the assistance — consisting of medical kits and ready-to-eat meals — during a conference in Rome in late February. But much of the food, taken from Pentagon stocks and flown from Kuwait, was not delivered until June. As of this week, 253,000 meals have been sent.

At a news conference in April, Mr. Kerry said that additional nonlethal aid to the rebels might include bulletproof vests and night-vision goggles, but more recently officials have said that the next batch of assistance will include trucks, forklifts to move the food, more medical kits, and communications gear like radios and laptop computers.

American officials say that the assistance to be coordinated by the C.I.A. includes small arms, including AK-47 rifles, antitank weapons and ammunition. For now, American officials have ruled out supplying antiaircraft weapons to the rebels for fear they might get into the hands of terrorists who could use them to shoot down commercial aircraft.

But the senior Arab official said that despite the Americans’ concerns, Arab allies would eventually work out a plan to deliver antiaircraft weapons to the rebels. The official cautioned that it would take time, perhaps as long as six months, before any influx of American arms might translate into battlefield success for the rebels.

After more than two years of fighting, resources available to the opposition are dwindling and rebel groups are fighting over what is left. In recent months, opposition groups in Turkey have resorted to kidnapping members of other groups for money to purchase more weapons.

In a recent interview with The New York Times, General Idris said that the rebels remained woefully overmatched in firepower. During the recent fighting, he said, the Assad government has relied on long-range artillery, tanks, surface-to-surface missiles and warplanes. In contrast, General Idris said, rebel forces were relying on light weapons, including AK-47s, PKC machine guns, 120-millimeter mortars and RPG-7s, a type of rocket-propelled grenade.

Any More Proof Obama is Protecting The Psychopath Assad?