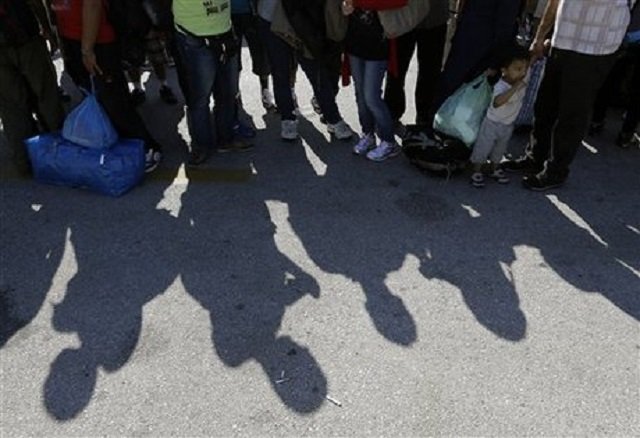 Any Doubt Assad is Behind Attack in Denmark?

September 29, 2015 7:37 am 0
Time to Counter Assad
Fanatics never forget, or forgive, they just fight
Assad Must Go But Obama Will Go Before Assad Does

Any doubt Assad is behind a Danish policeman stabbing in Denmark?

It was not immediately clear whether the perpetrator was an asylum seeker.

Any doubt Assad is behind this attack in Denmark? Not only he is ethnically cleansing Syria, but Assad wants Syrians to know he will torment them even when feeling safe. If only the world gets to know the sociopath Assad! We hope they catch the perpetrator.

“We are investigating that to find out, so we don’t know that yet,” local police spokesman Henrik Suhr told AFP.

“We think it’s one (perpetrator) but we cannot rule out that it’s more than one,” he added.

A large area had been cordoned off around the former military barracks at Center Sandholm, Denmark’s largest institution for asylum seekers, which currently houses around 600 people.

The facility, which lies around 20 kilometers (12 miles) northwest of Copenhagen, receives newly-arrived asylum seekers as well as those who have had their applications rejected and are due to leave the country.

Since Europe’s refugee crisis began spilling into Denmark on September 6, at least 17,700 migrants have entered the country, according to police figures, but most have continued to neighboring Sweden, which has more generous asylum rules.

Over the past three weeks, around 100 people per day have been applying for asylum, the Danish Immigration Service said.

Any Doubt Assad is Behind Attack in Denmark?

Who Will Protect the Minorities of Syria?
Assad ISIL 2 preparations
Give Syria a Chance
Radicalism 567