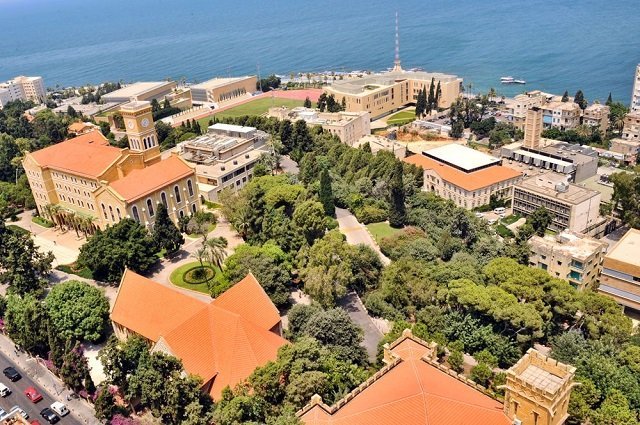 July 4, 2015 5:53 pm 0
Canadian Conservatives Shot Themselves in the Foot
Arab Americans Must Vote for Romney
The Slow Genocide Against Christians in the Middle East

TFS Note: As if Antisemitism in American liberal colleges is not enough, now Antisemitism infects the American University of Beirut (AUB) with this new tenure. AUB has great impact on life in the Levant as it is the premier education institution in the region. Shame on AUB.

“I’m thrilled to announce that I will serve as the Edward W. Said Chair of American Studies at AUB for the 2015-16 academic year,” Steven Salaita announced on his personal Twitter account.

“I’ve really missed the classroom. I’ll do my very best to honor the legacy of Dr. Said,” the professor added.

Salaita, who is due to start working at AUB in September, accepted a tenured professorship in October 2013 to teach at University of Illinois’ American Indian Studies program but it was revoked in August after he posted tweets denouncing Israel’s military strikes in Gaza.

After revoking Salaita’s appointment, the university found itself in the middle of a nationwide academic boycott.

Shortly after the announcement, Salaita, said: “Since announcing my job I’ve learned 2 things: 1. love prevails 2. some Zionists get violently mad if a critic of Israel can earn a living.”

For Syrians to Upstage Assad, Israel Must Take Their Side
Will Israel Prisoners Release Lead to Normalization?
U.S. launches secret drone campaign to hunt Islamic State leaders in Syria
Things That Matter 382