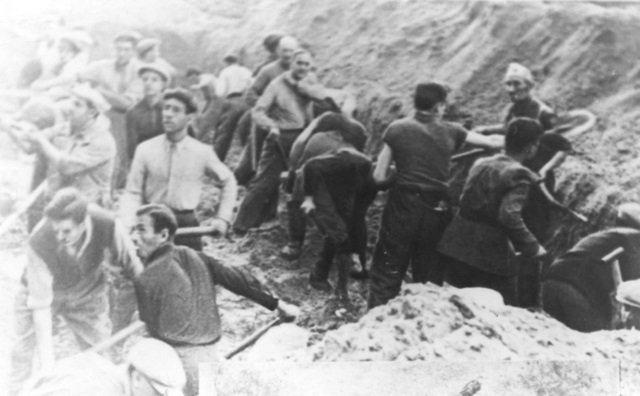 September 14, 2015 6:31 am 0
Excusing the Ignorance of a Jewish (Not Israeli) Blogger
Assad and Street Demonstrations
Crossing the Bridge Between Profits and Blood

President Barack Obama, the top Democrat, refused on several occasions to establish No-Fly Zones over Syria. When he instructed the Joint Chief of Staff to cook the numbers such humanitarian endeavor would require, General Dempsey obliged him by submitting a proposal that would require 70,000 U.S. troops. Imagine a humanitarian effort that would require 35% more troops that it took to conduct the Iraqi War.

So, Obama, conveniently and expeditiously, closed the No-Fly Zone matter never to revisit it again as the Syrian people dropped like flies in the face of crimes that have not been witnessed since World War II. Obama, then, hit the golf course knowing he did his humanitarian duty as the commander-in-chief of the greatest country.

Official numbers of the Syrian civil war hover around 240,000. We believe it is far worse. We believe the low number is 300,000 and it could be as high as 500,000. There are sea mass graves with containers full of corpses buried in deep Mediterranean waters that we will discover after the war is over.

Now that the Syrian refugees have decided they need safety from the Assad crimes by taking every transport possible to reach the safe havens of European countries and the United States, some on the far right GOP side are complaining and objecting to this exodus towards the West.

After it was announced that the U.S. would be increasing its quota from 1,600 to 10,000 Syrian refugees, over several years mind you, Rep. Peter King objected by citing homeland security reasons. The fact that most refugees are families with small children does not seem to matter to King.

King knows that sowing fear against people who suffered immensely serves his brand of politics. Not one Syrian refugee who landed with his/her family in Europe since the wave began has been accused of terror. Not one. Why? 1) Because ISIS has access to local single men citizens in Europe and America it can tap into. 2) Because a Syrian refugee head of a family whose prayers have been answered is not going to risk his family’s safety under any circumstances. If he wanted to terrorize, Syria is heaven for terrorists. No laws, no rules, and plenty of peer company. Please do not hand Syrian shovels and ask them to bury themselves in Syria.

While, it is very important to protect the Homeland, and no one is more aware of domestic terror than TFS is. King’s objections based on spreading fear are as unconscionable as Obama’s refusal to help protect Syrians from the massacres his partners in Iran were committing. For King to believe that Syrian families escaping the Assad terror could be terrorists is way over the top. There is awareness, and then there is paranoia.

On one hand, Syrians are facing far left Democrats in power who have watched them get slaughtered without lifting a finger thanks to Barack Obama, and on the other hand, we have far right Republicans who are objecting to the idea that the U.S. should give Syrians a refuge.

Between the two, we might as well hand Syrians shovels to dig their own graves with. Isn’t that the message really when you consider the position of both parties and the two options facing Syrians, escape or die?

Humanity is lost. The war in Syria is not a problem the West wants to confront. Even if the terror targets Christians, there is little appetite for any Western country to march towards a military or a humanitarian undertaking with immense costs to its taxpayer base.

In the 21st century, we should all get used to the idea that massacring civilians in far away countries is an acceptable and consolable matter we can live with. Between the far left Democrats’ innate actions and the far right Republicans’ demanding actions, why not hand Syrians shovels, courtesy of the United States, to dig their own graves with?

That way, we can all sleep better at night knowing we solved the problem sensibly by burying it.