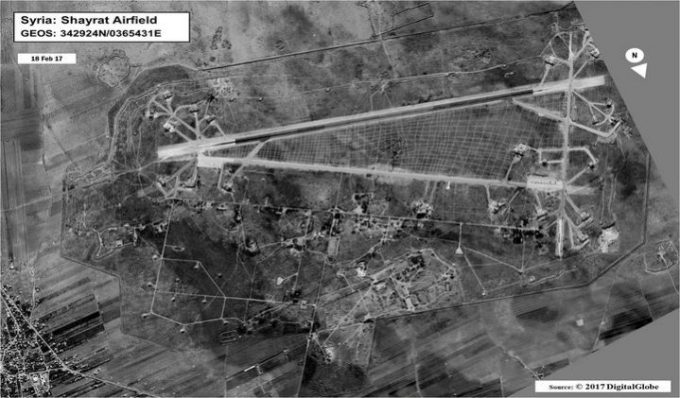 Senior U.S. officials warned the Russian and Syrian governments Tuesday against chemical weapons use in Syria. Forces allied with Assad are preparing for an offensive on a rebel stronghold. US issues Assad threats Again because earlier strikes lacked a deadly punch to stop Assad from ever considering a repeat of chemical use.

[The United States] will respond to any verified chemical weapons use in Idlib or elsewhere in Syria … in a swift and appropriate manner.

Nauert said senior U.S. officials engaged with their Russian counterparts “to make this point very clear to Damascus.”. She said the use of chemical weapons “will not be tolerated.”

Damascus Intends to Punish Idlib with WMD and Barrel Bombs

The Syrian government is gearing up for an expected offensive in Idlib province, which is home to nearly 3 million people. Idlib is also home to a large al-Qaida presence in addition to the Muslim Brotherhood fighters supported by Erdogan of Turkey.

President Donald Trump has twice carried out airstrikes in Syria in response to chemical Assad use of chemical weapons there. Trump said the strikes were intended to deter Assad from launching chemical weapons attacks again. US issues Assad threats Again. Why? Because earlier strikes lacked the deadly punch to stop Assad from ever considering a repeat of chemical use.

At the Pentagon, Defense Secretary Jim Mattis referred to those two weak airstrikes. He offered no further information Tuesday on how the U.S. was responding to the situation; however, he cited the State Department’s “recent active communication with Russia to enlist them in preventing this.”

In April, the United States, France and Britain launched military strikes in Syria to punish Assad for an apparent attack using chlorine against civilians in the Damascus suburb of Douma. And in 2017 Trump authorized a barrage of Tomahawk cruise missiles to hit a single Syrian airfield in retaliation for Assad’s use of sarin gas against civilians.

Neither attacks had an impact on Assad military preparedness or psyche. Trump finds himself issuing the same threats again because the strikes lacked a deadly punch.

Russia has accused Syrian rebels of preparing chemical attacks. That signaled Assad was preparing for the attack to then blame it on the rebels. None of the rebel groups have means to deliver any chemicals by air.

On another note, Reuters reported that U.S. security officials met, back in June. with Syria’s head of intelligence Ali Mamlouk in a location near the Damascus international Airport.

According to al-Akhbar, a pro-Hezbollah newspaper, the Americans demanded “withdrawal of Iranian forces from southern Syria and data on terrorist groups”.

The American delegation also discussed “Damascus’ stockpile and use of chemical weapons, including chlorine, and the fate of journalist Austin Tice, who officials believe Damascus or its allies are holding.”