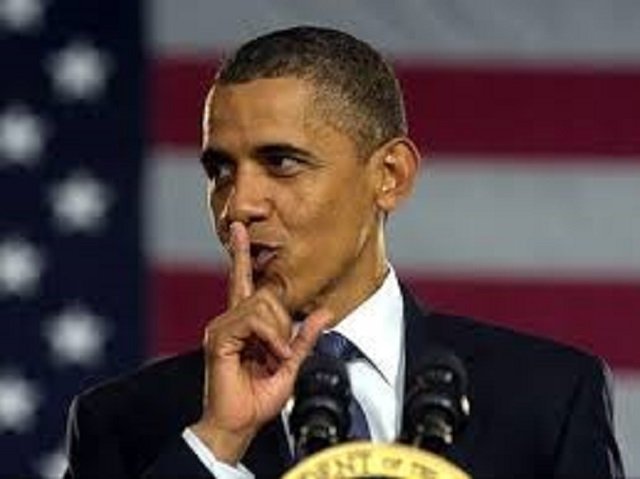 May 7, 2015 4:27 pm 0
Obama Causes ISIS to Rise, Still Blind to His Defunct Policies
Obama biggest danger to America and her allies
It is the FISA Denial Cases, Stupid!

Setting aside any U.S. concerns about aiding extremist groups, Turkey and Saudi Arabia have converged on an aggressive new strategy to bring down Syria’s Assad. Tough luck Obama, and here is why.

The two countries have for years been at odds over how to deal with Assad, their common enemy. But mutual frustration with what they consider Obama indecision has brought the two together in a strategic alliance that is driving recent rebel gains in northern Syria, and has helped strengthen a new coalition of anti-Assad insurgents, Turkish officials say.

That is provoking concern in the United States, which does not want rebel groups, including the al-Qaida linked Nusra Front, uniting to topple Assad. At RPS, we say tough luck Obama, if you want isolationism you have no right to complain anymore. Obama cannot isolate America and then turn around and complain if things do not go his way.

The Obama administration worries that the revived rebel alliance could potentially put a more dangerous radical Islamist regime in Assad’s place, just as the U.S. is focused on bringing down the Islamic State group. A U.S. official, speaking on condition of anonymity because of the sensitivity of the issues, said the administration is concerned that the new alliance is helping Nusra gain territory in Syria. Tough luck Obama. And you still have no cohesive policy to deal with Syria except to please Iran.

Tough luck Obama. You, the seer of all things, should have considered this scenario in 2011 when you refused to help the Free Syrian Army moderates.  Even today, the Obama administration keeps refusing to introduce a no-fly zone to protect Syrian civilians.

The coordination between Turkey and Saudi Arabia reflects renewed urgency and impatience with the Obama administration’s policy in the region. Again, we say tough luck Obama. Saudi Arabia previously kept its distance and funding from some anti-Assad Islamist groups at Washington’s urging, according to Turkish officials. Saudi Arabia and Turkey also differed about the role of the international Islamist group, the Muslim Brotherhood, in the Syrian opposition. Turkey supports the group, while the Saudi monarchy considers it a threat to its rule at home; that has translated into differences on the ground — until recently.

“The key is that the Saudis are no longer working against the opposition,” a Turkish official said. He and other officials spoke on condition of anonymity because they were not authorized to brief the media.

Turkish officials say the Obama administration has disengaged from Syria as it focuses on rapprochement with Iran. While the U.S. administration is focused on degrading the Islamic State group in Syria and Iraq, they say it has no coherent strategy for ending the rule of Assad, Iran’s key ally in the region.

The new Turkish and Saudi push suggests that they view Assad as a bigger threat to the region than groups like Nusra. Turkish officials discount the possibility that Nusra will ever be in a position to hold sway over much of Syria. Tough luck Obama.

Under Turkish and Saudi patronage, the rebel advance has undermined a sense that the Assad government is winning the civil war — and demonstrated how the new alliance can yield immediate results. The pact was sealed in early March when Turkish President Recep Tayyip Erdogan flew to Riyadh to meet Saudi’s recently crowned King Salman. Relations had been tense between Erdogan and the late King Abdullah, in great part over Erdogan’s support of the Muslim Brotherhood.

The Saudi shift appears to be part of broader proxy war against Iran that includes Saudi-led airstrikes in Yemen against Iran-backed Houthi rebels. The new partnership adds Saudi money to Turkey’s logistical support.

The Turkish-Saudi agreement has led to a new joint command center in the northeastern Syrian province of Idlib. There, a coalition of groups — including Nusra and other Islamist brigades such as Ahrar al-Sham that Washington views as extremist — are progressively eroding Assad’s front. The rebel coalition also includes more moderate elements of the Free Syrian Army that have received U.S. support in the past.

At the end of March, the alliance — calling itself “Conquest Army” — took the city of Idlib, followed by the strategic town of Jisr al-Shughour and then a government military base.

“They have really learned to fight together,” the Turkish official said.

The Turkish official who touted the Conquest Army’s ability to fight cohesively said, however, that Turkey and Saudi Arabia have moved to bolster Ahrar al-Sham at Nusra’s expense. This strays from the U.S. line that al-Sham is an extremist group, but Turkish officials say they distinguish between international jihadist groups and others with more localized aims. They place al-Sham in the latter category.

Moreover, they hope to use al-Sham’s rise to put pressure on Nusra to renounce its ties to al-Qaida and open itself to outside help.

Turkish officials say that the U.S. has no strategy for stabilizing Syria.

Usama Abu Zeid, a legal adviser to the Free Syrian Army, confirmed that the new coordination between Turkey and Saudi Arabia — as well as Qatar — had facilitated the rebel advance, but said that it has not yet led to a new flow of arms. He said rather that the fighters had seized large caches of arms from Syrian government facilities.

So far, Abu Zeid said, the new understanding between the militia groups and their international partners has led to quick success.

“We were able to cause a lot of damage and capture more territory from the regime,” he said.

Tough luck Obama, if you want isolationism you have no right to complain anymore. Under your leadership, terror has increased exponentially and support of our allies has diminished as rapidly.

If Obama knew what he was doing, America would not be in such a mess.

Gen. Dempsey grilled about U.S. policy in Syria
John Kerry is the Russian Ballerina Twisting in the Air Like a Chiffon Doll
Saudi Arabia Should Boycott Meetings With John Kerry
Slippery Barack Obama 976