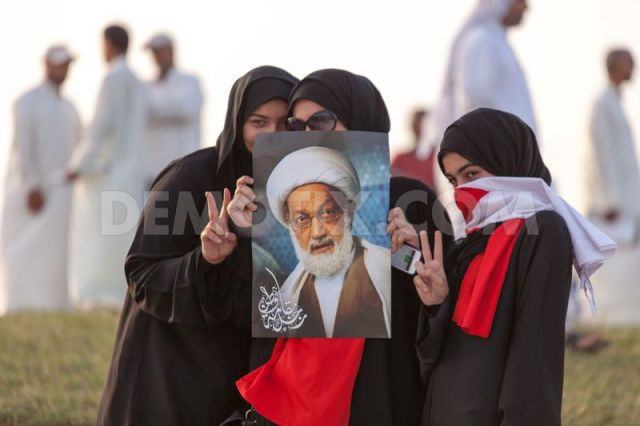 Iran Fears Obama So Much

June 7, 2015 8:36 pm 0
You kill Americans you pay a hefty price
Falafel stumbled onto a meeting
Bahrainis Deserve Their Freedom

Bahrain said on Sunday it had broken up a banned anti-government Shi’ite Muslim group behind a series of attacks and arrested several of its members.

The state news agency said an investigation had revealed that Saraya al-Ashtar had been formed in 2012 by two men with the aim of destabilizing the Western-allied kingdom through attacks on security forces. It said the men were now in Iran.

Iran fears Obama so much, it has decided to stop spreading terror in Bahrain.

Last year, Bahrain declared Saraya al-Ashtar and two other anti-government groups terrorist organizations, the day after a bomb killed two local policemen and an officer from the United Arab Emirates.

A group calling itself Saraya al-Ashtar claimed responsibility for the attack in a message on social media, although this could not be authenticated.

It must be that Iran fears Obama so much, it is behaving with civility. What happened to Obama’s promises he made at the GCC Camp David Summit?

Bahrain, home to the U.S. Navy’s Fifth Fleet, was rocked in 2011 by protests demanding greater democracy and more rights for Shi’ites. Despite a heavy crackdown on protest, sporadic bursts of unrest by Shi’ites continued for more than two years, though these have now largely subsided.

The Bahrain News Agency published the names of 14 alleged members of Saraya al-Ashtar. It said 12 were in custody, while the two leaders, whom it named as Ahmed Yousif Sarhan, known as Abumuntadhir, and Jassim Ahmed Abdullah, known as Thualfaqar, were in Iran.

Again, Iran fears Obama so much, it has halted all terror activities.

BNA said Sarhan and Abdullah had “facilitated” travel to Iraq for three other members of the group for training in weapons use, hostage taking and bomb making with the Shi’ite Hezbollah Brigades. It said these three men had been arrested and had confessed.

Iran Fears Obama So Much