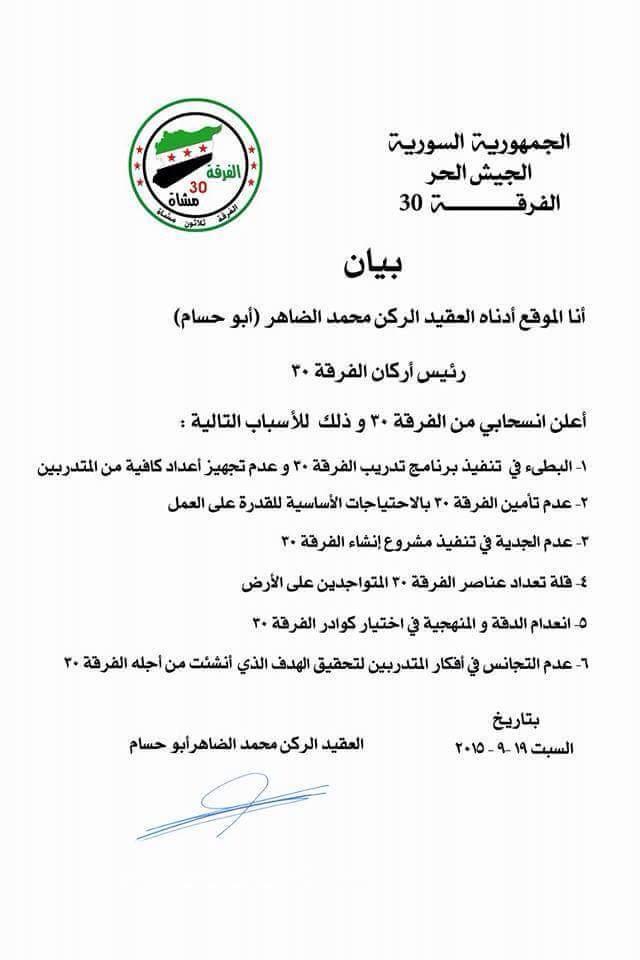 Obama’s Incompetency Has Become an Embarrassment

In a letter redacted on Free Syrian Army stationary, Colonel al-Daher’s resignation throws another monkey’s wrench in Obama’s program to defeat ISIS. Obama’s incompetency when it comes to Syrian foreign policy has become an embarrassment to every American.

Below is the full translation of the letter:

I think every American should give up that this administration is capable of constructing a potent Syrian policy to protect U.S. interests. Obama’s incompetency, you find in the White House National Security team, has become an embarrassment to us all.

Obama’s Incompetency Has Become an Embarrassment