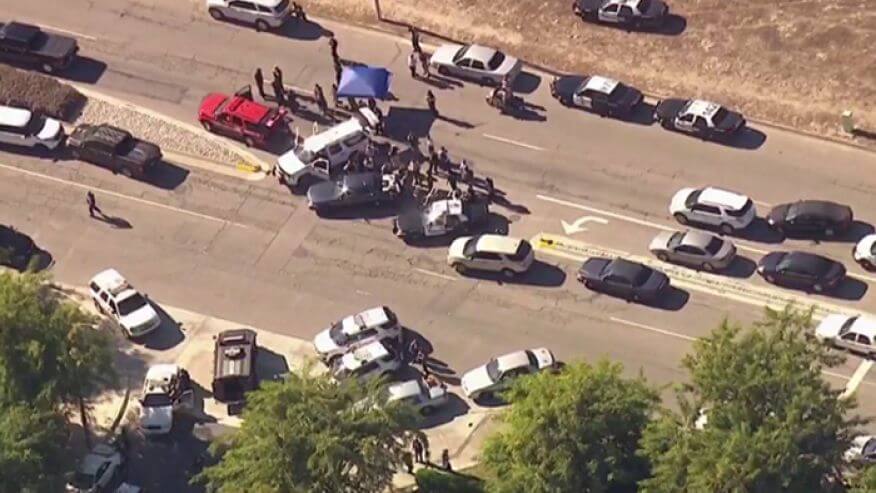 The Terror This Time

December 6, 2015 1:28 pm 0
Is Google Whitewashing Assad Terror?
Putin’s War Against Islamic Terror is Disingenuous
Iran will not end its support of regional terror

Source: The Wall Street Journal (The Terror This Time)

President Obama entered the White House believing that the “war on terror” was a misguided overreaction driven by political fear, and his government even stopped using the term. Seven years later Mr. Obama is presiding over a global jihadist revival that now threatens the American homeland more than at any time since the attacks of September 11, 2001.

That’s the distressing lesson of the recent spate of terror bombings that this week arrived at a center for the disabled in San Bernardino, California. FBI Director James Comey said Friday that his agency is now investigating Wednesday’s massacre of 14 people as an act of terrorism and that the two Muslim killers showed “indications of radicalization.”

Mr. Comey added that while there is no evidence so far that the killers were part of a larger terror cell or plot, there are some indications of potential foreign terror “inspiration.” The latter would have to mean Islamic State or al Qaeda, perhaps through the Internet.

The FBI director said more than once that the investigation is in the early stages, but he deserves support for speaking frankly about the evidence and dangers. Every instinct of this Administration, starting with the President, has been to minimize the terror risk on U.S. soil—perhaps because it contradicts Mr. Obama’s political belief that all we have to fear is fear of terrorism itself.

The President made this explicit in his May 23, 2013 speech at National Defense University in which he said Americans should move past the country’s post-9/11 war footing and compared the Islamist terror threat to “many forms of violent extremism in our history.” Few speeches in presidential history have been repudiated so quickly by events.

San Bernardino is an example of the domestic terror nightmare that Mr. Comey has been warning against as he’s told Congress about the thousands of Americans who are now Islamic State sympathizers. That neither Pakistani-American Syed Farook, born in Illinois, norTashfeen Malik, his wife by way of Saudi Arabia, was on the FBI’s watch list is all the more worrisome. Their quiet stockpiling of guns, ammo and bomb-making material even as they led seemingly average lives shows that the U.S. may have a larger problem of homegrown terrorism than the government has wanted to admit.

Americans have tended to think they are safer than Europeans and their Muslim immigrant enclaves of Saint-Denis, Molenbeek and Birmingham. But by the account of his friends and even his family, Farook gave no hint of radical conversion until he mowed down the same colleagues who had thrown his wife a baby shower. He shows that jihad is possible even among native-born Americans who give every sign of abiding by U.S. norms.

San Bernardino also shows that the consequences can be as murderous from a jihadist who is “inspired” by Islamic State as one directed by it. U.S. officials said Tashfeen Malik had pledged her allegiance to Islamic State in a Facebook post the day of the attack. If ISIS was her inspiration, this demonstrates that the caliphate doesn’t need a network of agents to spread terror. Its perverse Internet-age genius is to claim to speak for all Sunni Muslims anywhere who can inflict pain on infidels and apostates.

President Obama’s failure to respond forcefully enough, or even seemingly to understand the threat, has allowed this evil inspiration to spread as Islamic State claims to be the vanguard of Islamist history. In the last several weeks the caliphate’s agents or its distant acolytes have committed deadly terror acts in Sinai against a Russian jet, Beirut, Paris and now, it appears, in San Bernardino.

In the wake of the Paris murders, we wrote an editorial urging Mr. Obama to “wake up” to the growing terror threat. America shouldn’t have to endure more San Bernardinos before Mr. Obama faces up to the jihadist storm that has gathered on his watch.

The Terror This Time