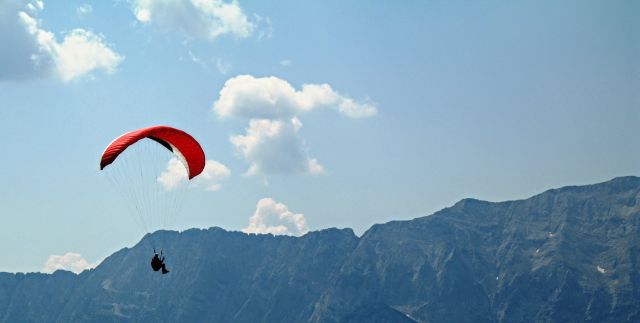 From Israel With Love: How Powerful a Magnet Assad Is to Terror

October 25, 2015 4:54 am 0
Is Obama Redistributing Power Too?
Federal Syria or Not, Assad Has to Account for His Crimes
For Heaven’s Sake, We Are the United States of America

Israel said on Sunday that one of its citizens, probably a member of the country’s Muslim Arab minority, had illegally flown to rebellion-wracked Syria by using a paraglider to cross the Golan Heights frontier. From Israel with love: How powerful a magnet Assad is to terror.

Israeli media gave the man’s age as 23 and quoted investigators as speculating that he sought to join Islamic State or other insurgents trying to bring down Syria’s psychopath Baschar al-Assad.

The penetration, which took place on Saturday evening, prompted intensive searches. Witnesses on the fortified Golan reported that Israeli aircraft were circling and dropping illumination flares.

The military issued a brief statement on Sunday saying that its investigation “indicates that the civilian that entered (Syria) is a resident of Jaljulia,” a largely Muslim Arab town in central Israel.

A Syrian rebel whose group operates in the area said the paraglider had come down either in Quneitra province or western Deraa. Local rebel groups include the Southern Front alliance affiliated with the Free Syrian Army, the al Qaeda-linked Nusra Front, and a group called the Yarmouk Martyrs Brigade, which other rebels believe is affiliated with Islamic State.

This is how powerful a magnet Assad is to terror. Support his stay in power at your own peril.

Israel’s Army Radio said the man flew eastward against the prevailing wind, an indication he went deliberately and was not blown into Syria by accident.

Arabs, most of them Muslim, make up 20 percent of Israel’s population. Though often sympathetic to the Palestinians, they seldom take up arms against the Jewish-majority state.

Israel is publicly neutral on the Syria’s four-year-old civil war but bans travel there by its citizens. In recent years it has stepped up scrutiny of those suspected of trying to reach the country through intermediary states like Turkey.

Israel’s Shin Bet security service, which is investigating the paraglider penetration, says that more than 40 Arab citizens and Palestinians from Israeli-held East Jerusalem have tried to join Islamic State in its Syrian or Iraqi fiefdoms.

This is how powerful a magnet Assad is to terror and the recruitment of terrorists. Now that Russia has admitted to the existence of the moderates in the Free Syrian Army, supporting Assad means supporting terror.

From Israel With Love: How Powerful a Magnet Assad Is to Terror