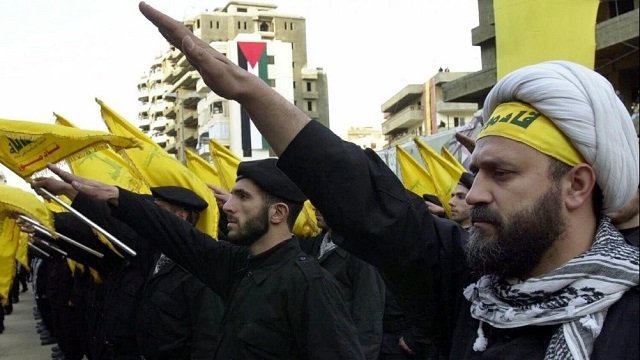 February 26, 2016 5:55 am 0
Did Allah Tell Gulf Arab States Not to Shelter Syrian Refugees?
I am embarrassed to be an Arab
Israeli Nukes: What Arab Rulers Are Thinking?

Today, Saudi Arabia upped its pressure on Lebanon and Hezbollah by blacklisting several companies and individuals over their alleged ties with the terrorist Shiite party whose allegiance is to Iran, not Lebanon. Finally, Arab muscles are flexing against Iranian terror.

The new move came a week after Riyadh announced a halt to $4 billion in aid grants due to what it described as stances taken by Lebanese officials which “were not in harmony with the ties between the two countries.”

On Tuesday, Saudi Arabia called on its citizens not to travel to Lebanon for safety reasons and ordered those staying there to leave. Its Gulf allies Bahrain, Kuwait and Qatar predictably followed suit, issuing similar warnings. The United Arab Emirates also banned its citizens from traveling to Lebanon and withdrew a number of diplomats from the country.

There have also been reports that Riyadh is carrying out consultations to call for a meeting of Arab foreign ministers to put more pressure on the terrorist Hezbollah.

The reports said Saudi Arabia is trying to receive the backing of the Arab states on a draft resolution aimed at condemning Hezbollah’s role in Syria and Yemen.

The terror group has dispatched its members to Syria to fight alongside troops loyal to the psychopath Baschar al-Assad against rebels seeking to topple him.

Angry Arab Countries May Not Be So Patient
I am embarrassed to be an Arab
Israeli Nukes: What Arab Rulers Are Thinking?
Iranian Terror 594 Syria News 1213