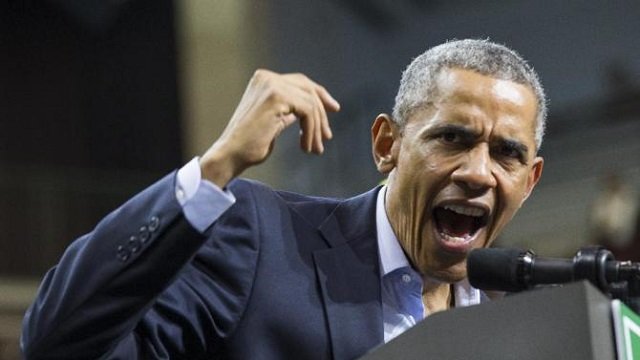 The People That Love or Hate Barack Obama

Think about this statement hard. Who are really the people who love or hate Barack Obama our president? On a domestic and global basis taking into account different countries, communities, or groups.

Let us start here at home.

According to the Rasmussen polling service, Obama’s Approval Index is -19. This number is derived from taking into account several indices with regard to his popularity on several issues. For comparative analysis, President George Bush worst Approval index was -30.

The difference is insignificant. Barack Obama is not a popular President. Especially when you consider his stratospheric numbers in 2008.

In terms of race, many more whites today hate him for his silence on Kate Steinle when he spoke about every other thug who was killed by police officers. In terms of geography, every law-abiding, tax-paying citizen of States whose budgets were severely raided to assist illegal immigrants hate Barack Obama. He has opened the gates for illegal immigrant criminals to flood this country.

Every American that wears a uniform to secure our lives hate Barack Obama. From the police officers he derides to our armed forces and Veterans he ignores. Under his watch, Obama has ignored their sacrifices and the institutions that support them. Imagine if 9/11 happened under Obama’s watch? We would all be speaking Pashto today.

The Germans hate him because he spied on Merkel, so do almost the citizens of every European country for his spying and arrogance. Who could ever forget him returning the bust of Winston Churchill to the British Embassy?

Internationally, we do not know of any thug who hates Barack Obama. Whether it is Assad of Syria, Castro of Cuba., Khamenei of Iran, Putin of Russia, or Kim Jung-un of North Korea. If there is a violent thug or mass murderer out there, he loves Barack Obama. The only exception is ISIS.

Domestically, those who love Barack Obama either benefit from his largesse (Billionaires, Democratic operatives, and low-income Americans), white people who feel terribly guilty about the color of his skin, or ignorant Millennial Americans many of whom, if surveyed, think New Mexico is a foreign country. The smarter lot knows better than to trust or love Barack Obama.

We are certain we missed many groups, communities, and countries in this low-scientific Blog of who loves or hates Barack Obama.

The purpose is to highlight that Obama’s policies and political inclinations have provoked a backlash by many around the world and at home. On a global basis, Obama is loved by few and hated by many. Time will only tell how historians would judge his presidency.

The People That Love or Hate Barack Obama

To France: We Are So Sorry We Elected Barack Obama
Obama’s chocolate factory
Brace for another Obama faux pas
Slippery Barack Obama 976