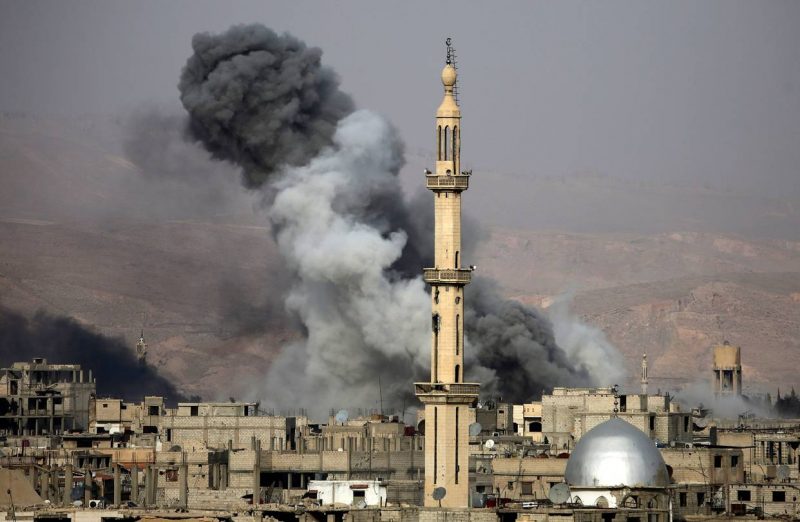 The Noose Around Assad Neck is Tightening

Assad has become a hostage of his own war. If any foreign journalist is able to visit Damascus today to compare it to earlier visits prior to this year, they would be shocked. The noose around Assad neck is tightening.

Almost 75% of the streets are blocked by either concrete defense walls (Think Berlin immediately post WWII) or sandbags manned by heavily armed men scared to their wit of the next attack, suicide bomb, or rocket landing at their feet.

All the high officials have shipped their black Mercedes to the Sahel region. They have accustomed themselves to riding in inconspicuous vehicles in order to avoid attacks of certainty.

Government buildings have become impenetrable forts (Reminder of what Iran and Syria did to the American Embassy in Baghdad after 2003), and the whole mountain of Qasyoun overlooking Damascus has been occupied by heavy artillery raining down hell on Ghouta, Douma, and the other certain suburbs of Damascus.

DAMASCUS IS UNDER SIEGE

On the North side, the main road passes near Douma almost Assad destroyed but still resisting and fighting. The road leading east to the airport is close to the fighters in Ghouta who are monitoring it and may have been the reason why it closed today. The regime announced it was just for a routine maintenance. The fools think everyone else is a fool.

Damascus is under siege and the noose around Assad neck is tightening. Everyone knows it except Assad. His wife Asma is probably shopping online as we write this article. For no less than the summer of 2013 Haute Couture.

Dare we say days to four weeks top. Assad may die before New Year’s 2013. That’s our prediction. Don’t rush to celebrate yet. We have been wrong before.

The Noose Around Assad Neck is Tightening