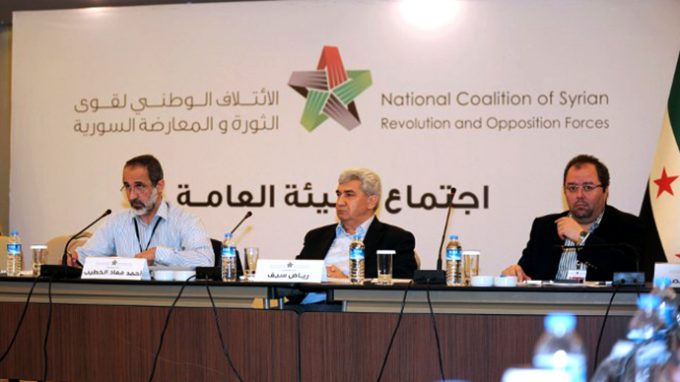 The New Faces of the Syrian Opposition

The issue of a fragmented and disunited Syrian opposition loomed large within the context of a regime change in Syria; and so did the question of who will lead after Assad is deposed. And now, after 20 months of hit and miss, Syrians may finally have a shape of a new structure to lead the change for replacing Assad when he falls. The new faces of the Syrian opposition is upon us.

Syrians across the globe were always concerned about the influence of the Muslim Brotherhood in a country the majority of whom could not live governed by the organization’s narrow interpretation of politics using a religious prism retooled to hold women hostages and citizens captivated. The imperative for all Syrians in the New Syria is freedom; and freedom is not what you get with the Muslim Brotherhood.

The new coalition, to be named the National Coalition for Syrian Revolutionary and Opposition Forces (NCSROF – More on this name later, but for now, we will call it the NC), will have a 60-seats structure of which the SNC (Controlled by the MB) will have 22 seats officially. The coalition will be led by Imam Moaz al-Khatib who left Syria in July after being harassed and imprisoned for brief periods of time with the last job held as the Imam of the Omayyad Mosque considered to be one of the most revered places of worship for Sunni Muslims in the Levant.

Because of Omayyad Mosque symbolic importance, there are three crucial factors that must be considered about this job under the Assad regime. 1) You have to be a Muslim moderate, 2) You must take orders from the Assad regime be it willingly or forcefully, and 3) It’s a religious job (It’s like electing the Archbishop of New York to a political position). We have never met Imam al-Khatib, so our impression of him is based on what he represents and not who he claims to be.

To erase any misconceptions, the National Coalition (NC) also voted for two secular and/or liberal vice-presidents in Riad Seif whom we knew briefly over telephone conversations during the 2004-2005 rise of the Syrian opposition to become internationalized and Ms. Suhair al-Atassi whom we met on several occasions, also during those two periods. Both of them are fine Syrians who have dedicated their lives to freedom and paid a heavy price for staying home instead of emigrating. Both have tasted the bitter venom of Assad and persevered with their courage and valor.

But in this structure lurks a danger that must be exposed because it is leading Syria to the Islamists indirectly. Stay tuned.

The New Faces of the Syrian Opposition