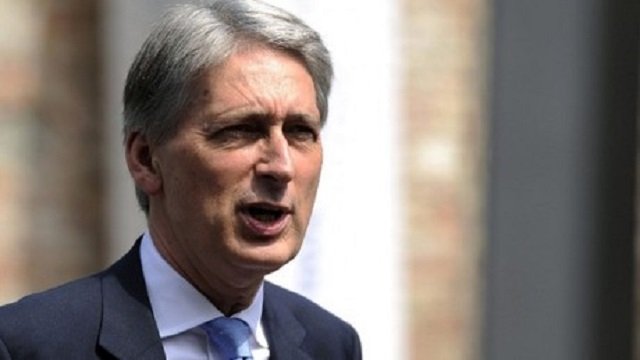 January 16, 2016 9:05 am 0
Assad Torturing Toddlers, Syrians Blame the Arab League
John McCain on His Meeting With Obama, Middle East Tour, and Syria
Anyone Calling Assad to Stay is Clueless About Syrian Resolve

Some 800 Britons have made it through to Syria since 2012, with half of them still thought to be inside the war-torn country, Foreign Secretary Philip Hammond said in comments reported Saturday. This is just Britain. Assad stays terror increases, and here is the Proof.

He also said some 600 Britons have been stopped from going to Syria to try to join Islamic State and other jihadist groups.

During a visit to southern Turkey, Hammond told the press:

Approximately 800 Brits have been to Syria, of whom half are still there. But on top of that 800, we have stopped another 600.

The foreign secretary said the number of Britons stopped in Turkey had gone up in the past eight months due to Ankara reassessing the scale of the threat posed to Turkey by Islamic State (IS).

He said greater coordination between London and Ankara had also played a part.

Hammond said besides foreign airstrikes, the interception of jihadists aiming to link up with IS was placing extra strain on the group in its Raqa headquarters.

There is evidence (IS) is finding it difficult to recruit to the brigades in Raqa because of the high attrition rate of foreign fighters. Not just those targeted in UK drone strikes, but U.S. strikes against prominent targets including foreign fighters. Generally they are very stretched now — their manpower on the ground in relation to the territory they’re holding is very thin.

British fighter jets joined the U.S.-led coalition bombing IS targets in Syria after parliament backed the move in December.

Britain was already involved in attacking IS targets in Iraq.

Baschar al-Assad and Vladimir Putin formed IS with Barack Obama turning a blind eye to the excesses of both in Syria. Assad intended with fostering IS to show the world who will replace his regime. Eventually, IS morphed to become a global threat. Assad and Putin lost control of its fast spreading Jihadi terror.

Oil enriched Assad, Oil may be his demise
After All Is Said and Done, More Is Said Than Done
Assad May Not Fall Before the Iranian Regime Does
Assad Genocide 425 Opinions 892 Radicalism 558 Syrian Revolution 1349 Western Appeasement 460