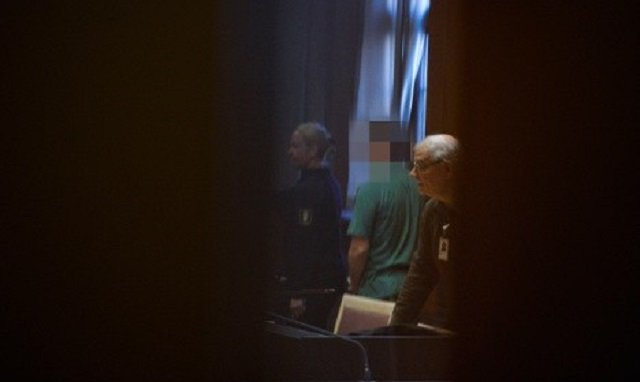 [Assad] Man held on accusations of war crimes in Syria

Source: The Local Sweden (Man held on accusations of war crimes in Syria)

A 31-year-old man seeking asylum in Sweden has faced court in Stockholm on suspicion of committing war crimes in Syria on behalf of the Bashar al-Assad led regime.

He was arrested in central Stockholm in the early hours of Tuesday and was on Thursday remanded in custody after a preliminary hearing into the case was held at Stockholm District Court.

“He purports to be a Syrian citizen and has travelled to Sweden. The case is based on information and images that have appeared on the internet,” prosecutor Reena Devgun told the TT newswire.

The hearing was held behind closed doors, but according to Devgun the man admits he has worked for the Syrian regime, but denies taking part in any violence or fighting.

“All I can say is that he’s been on the Syrian army’s side, and he denies any criminal offence,” said his defence lawyer Johan Åkermark.

However, the court remanded the man in custody while the investigation continues.

The suspect, who Swedish radio reported arrived in Sweden in July and sought asylum in the country, is suspected of having committed the offence at some point between March 2012 and July 2015.

“It is one single incident, but we have not been able to establish exactly when it took place,” said Devgun.

“These are crimes that are difficult to investigate and we are not able to travel to Syria. But the conflict is well-documented and it is possible to collect information,” she added.

She declined to comment whether or not any alleged victims had been identified.

At least 260,000 Syrians have died since 2011 in the armed conflict, which began as a civil war but has developed into a multi-layered conflict involving the ruling Assad regime, militant extremists Isis and various Syrian and Kurdish rebel troops.

Sweden took in around 163,000 asylum seekers last year, more than 50,000 of whom were Syrians fleeing the violence in their home country.

[Assad] Man held on accusations of war crimes in Syria

Save the Christians
Syrian Moderates Escalate Attacks Against Assad in Daraa
Will Assad survive the Iranian regime?
Syria News 1213 Things That Matter 382