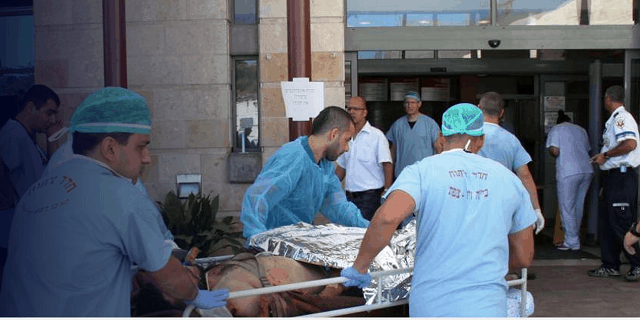 October 4, 2014 2:43 pm 0
An Egyptian Scenario No One is Contemplating
The Assad Bandwagon
Attack Obama’s anti-Semitism

The atrocities Assad has committed in this Syrian civil war against his own people will go down in history as the most horrific since those atrocities committed against all the European and North African Jews. Only the numbers are different, and had Assad managed to build an efficient mass death system the way Hitler did, he would have killed as many Syrians.

In the midst of the dark calamity of the Syrian civil war, Israel has burned a candle of hope to shine a path for many of the Syrians who, out of desperation, crossed the borders at the Golan Heights to seek medical treatment. The numbers, standing at 1,200, are significant, and the more Assad kills Syrians the more Israel treats Syrians.

Israel, considered an enemy by the Syrian regime and many Syrians, did not turn the injured Syrians away, or closed its border, or chased them back to Syria, nor did it fire on them, as any enemy would have had the right to exercise. No, Israel welcomed those who asked for her help with open arms and a compassion that many Syrians would always be grateful for.

True that countries like Jordan, Lebanon, and Turkey also opened their borders to treat, lodge, and protect millions of Syrians, and the US, Saudi Arabia and UAE opened their wallets generously (Thank you to all), Israel, however, an enemy, had no obligation to help.

I think only East Germans and North Koreans received the same kind of treatment when they escaped their suffocating living conditions, but those are citizens of the same country with similar culture and traditions. I am almost certain there has never been an instance in history when a ruler was massacring his people and the enemy at the border, with almost no connections to our culture and traditions (except maybe for Hummus), welcomed the injured with open arms.

This unique aspect of the Israeli society should make Israel a target of our admiration instead of scorn and hate. After all the Syrian civil war is not Israel’s responsibility.

Furthermore, when each incident of interception of the Iron Dome defense system cost $95,000, $8,665,000 would have been able to block 92 more Hamas rockets. Instead, Israel treated 1,200 Syrians.

Next time anyone accuses Israel of willful intent or negligence, just think of the 1,200 Syrians who received the best care in the Middle East courtesy of our enemy.