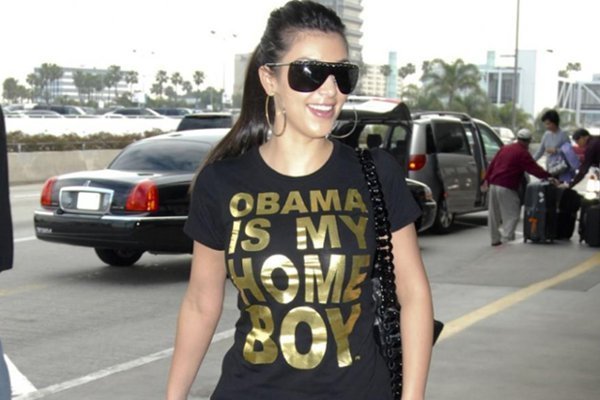 August 12, 2014 11:58 am 0
Survival of Syrian Minorities
Does Assad Really Think He is Going to Win the War?
Last Straw to Save Assad is Gaza

Since my friend and confidant Falafel can turn invisible anytime he wants, he sneaked past the Secret Service detail in the White House to join a meeting President Obama was having in the oval office with his top advisers to discuss the recent attacks by his former Secretary of State Hillary Clinton with regard to Syria.

Present in that meeting were Valerie Jarrett, Denis McDonough, Kim Kardashian, Pastor Jeremiah Wright, and Qassem Suleimani, who heads the Quds Forces of the Islamic Republic of Iran. Suleimani arrived an hour earlier at the behest of Valerie Jarrett.

This is what Falafel relayed to me minutes after the meeting ended.

President Obama: ?What do you recommend I do about Clinton and Syria? I can?t let her get away with her accusation and I can?t keep defending a bad policy?

Qassem: ?I object Mr. President; your Syrian policy is exceptional. You will be hailed as the President who killed all the ISIS terrorists?

President Obama: ?You mean the ISIS terrorists you and Assad released into the open??

Valerie: ?Mr. President, if I may, I think we should issue a statement calling Hillary a racist?

President Obama: ?Been there, done that. What else??

Denis: ?Mr. President, I think drawing a red line against Hillary is the correct political move. We have to inform her she cannot cross it or else?

President Obama: ?Good idea Denis, I think she will take my red line very seriously. What else??

Pastor Wright: ?Mr. President, I think you should consider delivering a speech associating Clinton with what is wrong with America. Damn her the way you damned America once upon a time?

President Obama: ?The last thing I want is for Bill to get all crazy on me. The man has lots of popularity still. Red line it is. Qassem, what do you think I should do about Syria? ?

Qassem: ?Mr. President, I think you should deploy fighter jet and drones to kill all the Sunnis of Syria. Imagine what a beautiful thing if Syria was all Shia enslaving all the Christians without even knowing it??

Valerie: ?Mr. President, I do not think this is a good idea. Syria is not our problem. Maybe the White House can issue new Middle East maps showing there is no country named Syria. That way, no one would talk about Syria anymore?

President Obama: ?No Syria on the map means there isn?t any Syria to discuss. What a brilliant idea Val?

Obama then turns to Denis

President Obama: ?Get it done Denis. Arrange for an interview with 60 Minutes and a prime time conference on that matter. Also, call CBS, NBC, ABC, CNN, and MSNBC to let them know they will be recognized in my jokes at the next White House Correspondents Dinner if they go along explaining Syria does not exist?

Denis: ?Ok, let?s summarize. Syria does not exist and the President is drawing a red line against Hillary. Anything else??

President Obama: ?Hey Kimmy, you are quiet today. What?s up??

Kim: ?I can?t make up my mind BO whether I can get more money with a selfie with you or Qassem??

The Syrian Opposition Will Not Unite Until..
Happy You Selected Assad Over the Free Syrian Army?
How Sunnis Massacred and Ethnically Cleansed the Alawis
Slippery Barack Obama 976