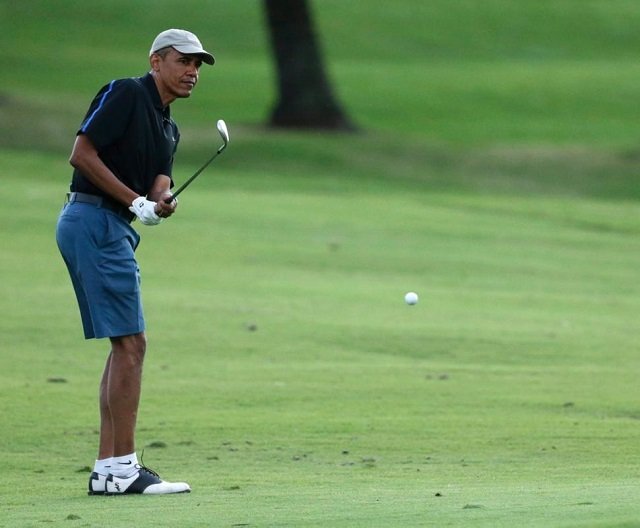 February 25, 2016 6:39 pm 0
US Policy in the ME: When Confronting a Virus, Build More Hospitals
What Reagan Meant to Immigrants like Myself
Don’t Bet on Assad’s Predictions

Source: The Washington Post – by Senator Joe Lieberman (The absence of US leadership makes the world more dangerous than ever)

For more than 50 years, national security leaders have gathered annually at the Munich Security Conference, a conclave established during the depths of the Cold War as a meeting place for the Western allies standing against the communist threat. I have been privileged to attend almost half of these meetings — from the era of hope and excitement that followed the Soviet collapse in the early 1990s through the divisive and difficult wars of the post-9/11 decade — but none has been as troubling as the one held this month.

That is because the world has never seemed as dangerous and leaderless as it does now. Only the extremists and bullies act boldly, and therefore they have seized the initiative. It is a moment in history that evokes the haunting words of W.B. Yeats: “The best lack all conviction, while the worst are full of passionate intensity.”

The simple fact is that there is more instability in the world today than at any time since the end of World War II. The threats come from emboldened expansionist powers such as Iran, Russia and China, and also terrorist aggressors such as the Islamic State and al-Qaeda. In short, the enemies of freedom are on the march.

At the same time, the United States — which assumed global leadership after World War II to protect our domestic security, prosperity and freedom — has chosen this moment to become more passive in the world.

The absence of American leadership has certainly not caused all the instability, but it has encouraged and exacerbated it.

For example, while the threat of violent Islamist extremism has existed for several decades, the military and political disengagement of the United States from Iraq after the success of the surge and our failure to intervene to stop the slaughter in Syria have conspired to create a vacuum in the heart of the Middle East. This vacuum has been exploited by the region’s most dangerous anti-American forces: totalitarian Sunni fanatics and the Islamic Republic of Iran.

The result is the creation of a terrorist sanctuary of unprecedented scale and Iranian domination over multiple Arab capitals.

Russian President Vladimir Putin has also moved to exploit the vacuum, first by seizing Crimea and moving into eastern Ukraine in 2014. The United States reacted to that breach of world order with words of outrage and some sanctions against Moscow, but also by refusing to give Ukrainians the defensive weapons that might impose a heavier military cost on Russia for its adventurism. Rather than deterring Russia from further aggression, our hesitation in Ukraine signaled to the Kremlin that the United States itself could be deterred when Russia acted boldly and decisively.

Putin soon extended this lesson to Syria, where he dispatched his forces last year in order to turn the tide of war in favor of a weakening Bashar al-Assad. Despite predictions of “quagmire,” that is precisely what Russia’s intervention has achieved — while reestablishing Moscow as a force to be reckoned with in yet another vital region. The U.S. response? To ask for Putin’s help in extinguishing fires that he himself has been feeding.

This fits a broader pattern. In too many places in recent years, the United States has treated its adversaries as essential partners to be courted, while dismissing or denigrating its historic allies and partners as inconveniences or obstacles to peace. But as frustrated as they are with the United States, our friends also recognize that they are incapable by themselves of managing the crises that confront them without the United States.

In Munich this month, the United States ratified its diminished role by reaching an agreement on Syria that elevates the standing of Russia, pressures the Syrian opposition and stands little chance of ending the campaign of indiscriminate violence being waged on behalf of the Assad regime against the long-suffering Syrian people. Almost no one in Munich thought it would work.

At the end of the conference, I shared these fears about the state of the world with an Arab diplomat. “I agree,” he replied, “and when we return to Munich next February, it will all be much worse.”

The best way to defy that prediction is for the United States to reassert its historic leadership role — not by acting alone, but in concert with our worldwide network of allies and friends, which is yearning for this.

In a conversation with the leader of a European ally, some of us asked what the United States could do to be most helpful to him and his country. His answer was direct: “Elect a president who understands the importance of American leadership in the world.”

That would be in our national interest and is also wise counsel to American voters as we decide whom to support in this year’s topsy-turvy presidential election.