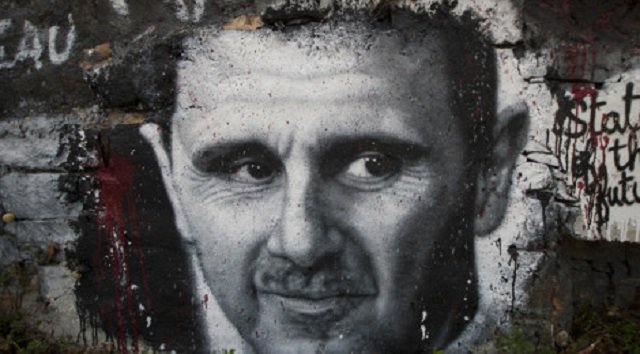 In the wake of the Syrian Uprising in March 2011, many predicted (We fall in that category) that the Assad regime will falter and wither rather quickly. The predictions were based partially on some wishful thinking and partially on some robust assistance from the West to finally get its chance to remove the Assad cancer of terror.

Neither the wishes, nor Barack Obama had in mind what the rest of us had. Who would have thought that our president was on a secret mission to change the region by claiming his goal is to rehabilitate Assad and his masters in Tehran?

It is obvious to everyone now that Syria is a constructed war whose aims are to weaken a nation led by men of violence and to split it apart in the hopes that even if Assad survives, the regime would be too fragile and fragmented to cause the kind of havoc we saw Assad cause in Iraq through his direct support of al-Qaeda.

It worked for Assad in Iraq, but in duplicating his feat in Syria by seeding and feeding the ISIS terror, Assad has become the victim of his own cunning. Add the misguided policies of Barack Obama to the mix and Syria is quickly turning into a long and grand opera of extreme violence whose main composer and conductor Vladimir Putin welcomes to renew a Cold War with America.

The Syrian civil war is a 20-year long Syrian civil war. It is a tidal war where no one side can win and where the high tide and the low tide are represented by temporary victories between Assad and the rebel factions battling his regime.

In this 20-year long Syrian civil war, the rebels won in Idlib, but Assad is winning in Qalamoun. The rebels are advancing in Sahl al–Ghab and in Aleppo, but Assad is pushing them back on both fronts. War in Syria is like balancing on a seesaw in a kid’s playground. No one expects the other side to win has become the prevailing standoff in a war-trading morale.

This is a 20-year long Syrian civil war that is bound to turn Syria into a vacant field in some medieval past. No people, not treasure, and no will to threaten any longer. For that, we must thank Baschar al-Assad for tipping the equilibrium heavily towards Iran when his father established the political domestic and international harmony to keep his enemies at bay.

From the Western intelligence community’s point of view, Assad is paying dearly for those highly propagandized dinners he was having with Ahmadinejad and Nasrallah, for his support of al-Qaeda in Iraq, and for his refusal to work with the West to limit the influence of Iranian terror. For Obama, he is careful about not dislodging Assad to please Iran. Both positions help extend this war into a 20-year long Syrian civil war.

From the Russian point of view, Assad is a destabilizing anchor Putin needs to re-establish some supremacy over the region. And if Putin is unwilling to surrender his goals in Syria, then let this become a 20-year long Syrian civil war.

No one can win decisively in Syria because we have reached an intentional stalemate in this chess game. Its end will come very quickly when one side decides it is time to accept defeat.