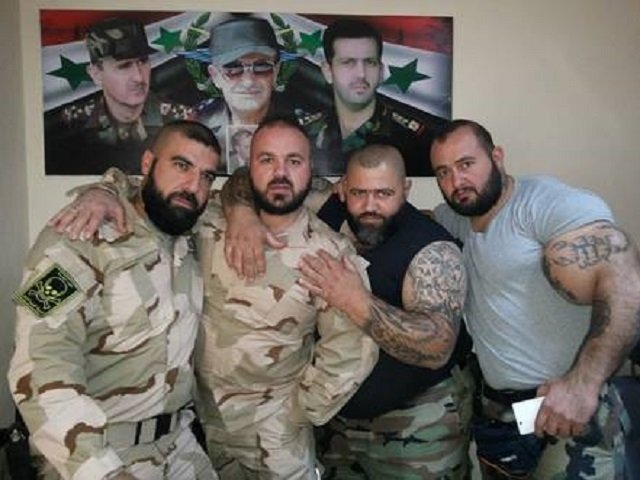 TFS Note: As Argentina sheltered Nazi criminals, Europe is duped into sheltering Assad criminals today who will not hesitate to spread terror against Syrian refugees. This will attract counter-Islamist killers to defend Syrians in the heart of Europe. As the West policy of pursuing only ISIS terrorists and ignoring the Assad terrorists created today’s conditions in Europe, so will ISIS-only intelligence filter create worst upcoming conditions for Europe. Send those Alawite criminals back to Syria, or Arab Islamist Sunnis will flood Europe to send them to hell.

Fears are growing that “shabiha” militiamen accused of committing some of the most barbaric atrocities against Syrian civilians for the psychopath Baschar Assad’s regime are arriving incognito in Europe and getting asylum.

The prospect has sent shivers downs the spines of Syrians who fled the war-torn country, as indications pile up that thugs who tortured on behalf of Assad have slipped into the flow of refugees arriving in Europe.

“Today, there are war criminals who find refuge in France and in Europe,” Ziad al-Isa — a Franco-Syrian doctor who is part of the UOSSM disaster relief grouping — recently told French lawmakers.

Predominantly Alawites — the confession of the Assad clan –, “shabiha” are the hugely feared tools of a regime that is responsible for nearly 80 percent of the 250,000 deaths in the conflict that kicked off in 2011, rights groups say.

Speaking on condition of anonymity, a Syrian employee of an international NGO told AFP they had spotted several of these former pro-regime militiamen while on assignment on the Greek island of Kos at the end of September.

Members of the same family from the northwestern city of Tartus, they were among a group of migrants who had just arrived from Turkey.

“We too are war victims,” one of them said, under the hostile glares of his countrymen.

Half of the close to 600,000 migrants who have come to Europe this year via the Mediterranean are Syrians, according to the United Nations, and many come directly from the country — not just refugee camps in neighboring states — including regions controlled by the regime.

And while the exact extent of the phenomenon is difficult to determine, witness statements come to the fore on a regular basis.

A Facebook page titled “Criminals, not refugees!” in Arabic focuses entirely on unmasking those suspected of having committed atrocities against civilians.

Managed by Syrians, it lists dozens of pro-regime militiamen or Iraqi Shiite volunteers who fought in Syria and have been spotted in Europe.

There are photos of people posing with their weapons on the frontline in Syria, in front of portraits of Assad or trampling bodies.

Then pictures allegedly of the same people show them going about their new life in Europe — smiling as they splash about in a pool, sitting at cafes or posing with their backpacks under Berlin’s Brandenburg Gate.

However none of these photos could be verified by AFP.

“We took this initiative after receiving testimonies from Syrian refugees who were gobsmacked to have seen and recognised, in the heart of Europe, the faces of some of their torturers,” Qutaiba Yacine, one of the page’s managers, tells AFP.

“We act and collect testimonies to unmask them,” says Yacine, who estimates that “around 500” currently live in northern Europe, Germany, Austria and France.

Ziad Majed, a political analyst who specializes in Syria, said there were reports that “young people from the Alawite community are increasingly trying to escape, particularly to avoid forced conscription, as the losses on the government side are very high.”

“They could be young people who want to escape military service and a never-ending war,” he says.

“But there could also be ex-shabiha who were potentially involved in war crimes. It’s a very sensitive issue.”

A magistrate at the French national court of asylum, who asked not to be named, said that the issue had to be raised.

“Have some of the Syrian refugees taken part in horrors committed by the regime?”

The magistrate said that national agencies in charge of refugees look out for these types of people in the interviews they conduct with recent arrivals, but unmasking them is very difficult.

“There are so many false identities, false testimonies… and no one is going to brag about these kinds of crimes.”

The French Office for the Protection of Refugees and Stateless People says that anyone found responsible of violating the Geneva Conventions is automatically precluded from getting asylum.

But the current situation in Europe is chaotic, as migrants and refugees are not registered at the start of their journey.

“So it’s important that reception centers for refugees be implemented at the gates of Europe,” says Celine Schmitt, spokeswoman for the U.N.’s refugee agency.