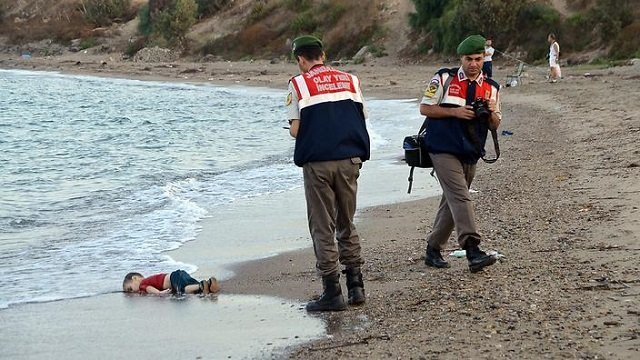 The Canadian government came under fire from its political opponents on Thursday following reports the family of a Syrian toddler whose body washed up on a Turkish beach had been trying to emigrate to Canada.

A photograph of the tiny body of 3-year old Aylan Kurdi washed up in the Aegean resort of Bodrum swept social media on Wednesday, spawning sympathy and outrage at the perceived inaction of developed nations in helping refugees.

The case emerged as Canadian government Prime Minister Stephen Harper, whose government’s overhaul of the country’s refugee system has been criticized by immigration advocates, is campaigning for reelection in an Oct. 19 vote.

Local media reported Canada’s Citizenship and Immigration Minister, Chris Alexander, is suspending his own re-election campaign for a seat in parliament and returning to the nation’s capital. Opposition parties quickly took aim at the government.

“You don’t get to suddenly discover compassion in the middle of an election campaign, you either have it or you don’t,” Liberal leader Justin Trudeau told reporters in Montreal.

“This government has ignored the pleas of Canadian NGOs (non-governmental organizations), of opposition parties, and of the international community that all believe that Canada should be doing more and should have been doing more,” he said.