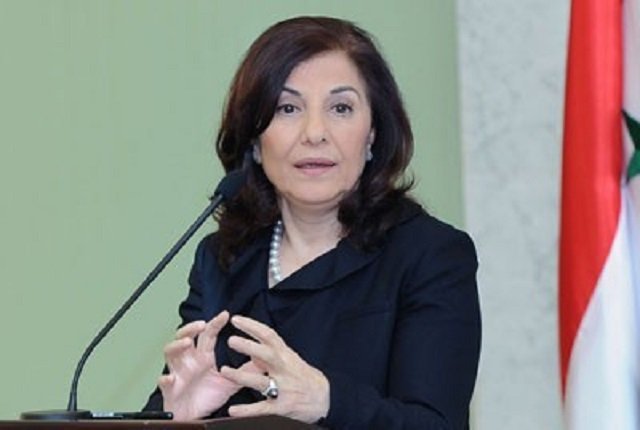 Tacit Agreement Between Obama and Putin to Save Genocidal Assad

September 24, 2015 10:31 am 0
The real butcher of Sabra and Shatila is Assad
Assad and His Regime Will Never Find Peace Again
Kerry Saved Genocidal Assad. What Does That Make Him?

Russia and the United States have reached a tacit agreement on ending Syria’s bloody crisis, a senior adviser to Syria’s mass murderer Baschar al-Assad has said.

“The current U.S. administration wants to find a solution to the crisis in Syria. There is a tacit agreement between the U.S. and Russia to reach this solution,” Bouthaina Shaaban said in an interview with state television late Wednesday.

“The U.S. recognizes now that Russia has profound knowledge of this region and a better assessment of the situation. The current international climate is heading towards detente and towards a solution for the crisis in Syria.”

She added there was a “change in the West’s positions” over Syria’s war, which has killed more than 240,000 people and displaced millions since 2011.

Russia, a decades-long backer of Syria’s regime, has said it would not accept Assad’s departure as a prerequisite for launching any peace process in the war-torn country.

While the United States has called for Assad’s ouster for more than four years, Secretary of State John Kerry said last week that “it doesn’t have to be on day one or month one or whatever.” These were the first signs of a tacit agreement.

On Wednesday, French President Francois Hollande called for a new Syria peace conference “so that all the countries who want to see peace restored in Syria can contribute.”

While Hollande maintained that there could be “no transition without (Assad’s) departure,” German Chancellor Angela Merkel said Thursday that the Syrian leader should be involved in the talks.

Merkel told a press conference after an EU summit on the migration crisis sparked by the Syrian war.

“We have to speak with many actors, this includes Assad, but others as well,”

This is another sign of a tacit agreement most likely achieved because Assad succeeded in sending waves of Syrian refugees to Europe. The West agreed to Putin’s invasion of Syria in order to clean the opposition to Assad.

The Syrian civil war will not end, however. It will go into a protracted guerrilla warfare supported by most Sunni Arab countries. Saudi Arabia knows if Iran wins in Syria, the Kingdom will be next in line for Iranian terror.

The diplomatic flurry came amid concerns about increased Russian military support to Assad, including Moscow’s announcement Thursday that it would hold naval drills in the eastern Mediterranean region in September and October.

On Wednesday, the Syrian military deployed Russian-supplied drones for the first time, a security source in Damascus said.

The army has received new weaponry from Russia for its fight against jihadists, including at least five fighter jets, a senior Syrian military official told AFP.

Tacit Agreement Between Obama and Putin to Save Genocidal Assad