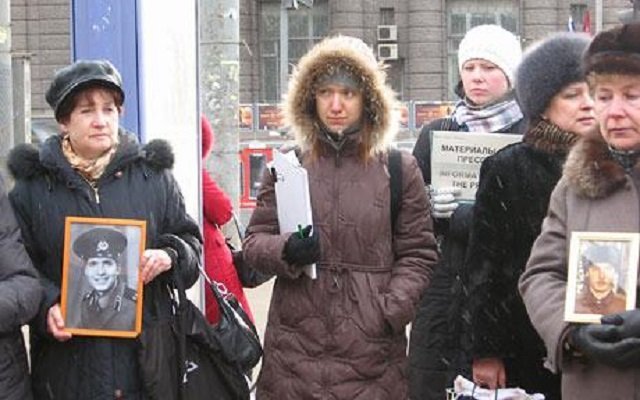 Did Putin Train His Troops Against Suicide Attacks in Syria?

Did Putin train his troops against suicide attacks in Syria? Because everyone and their uncle know they are coming.

No honorable Syrian will accept a Russian invasion aimed at supporting the very genocidal maniac dropping barrel bombs on Syrian mothers and children. No Arab Sunni would support Russia backing Assad and by indirect virtue the IRGC Iranian terror they all have witnessed in Syria. Fools are those who believe shoring-up Assad will defeat Sunni extremism. It will explode now that the West has abandoned Syria to Russia.

Prior to the Russian invasion, there were many in the Arab world who believed that between the rebels fighting Assad and the soft power Europe and America were exerting against his regime, eventually the pressure would provide the diplomats a way to force Assad out. Many calculated that there was still hope, if the rebels continue winning against the regime, that sooner or later Assad would have to negotiate a settlement that would see him exit Syria for good and even face justice for the crimes against humanity he committed deliberately.

Those hopes have been dashed the moment Putin invaded Syria and all John Jerry did was to excuse Russia’s presence in Syria. What remains is more Muslims turning extremists, more recruiting of these Muslims, and more terror caused by these new recruits against their perceived enemies. tens of millions of Sunni Muslims, whether openly or secretly, are now either ISIS or al-Qaeda sympathizers. Iran could not be any happier, and so is Obama.

Did Putin train his troops against suicide attacks in Syria? Because you can bet your dog and parrot they are coming.

Have we not learned our lessons in Iraq? Have we not learned that when legitimate Muslim grievances were met, only then America’s implementation of the surge was successful in Iraq? For those absent-minded among us, General Petraeus was able to separate the Muslim Sunni population from the al-Qaeda extremists by negotiating their grievances backed by the power of our military. Why have we forgotten this successful formula when it comes to the extreme terror of Assad?

Why is Obama yielding to the terror of Assad, which will surely increase terror by fanatic Muslims? ISIS was created on his watch, and yet the man has learned nothing from his mistakes.

What will happen to Syrian moderates now confused with Western appeasement and surrender to the forces of evil in the region?

Did Putin train his troops against suicide attacks in Syria? We hope he did because we would hate to see Russian mothers grieving over their dead sons.

Did Putin Train His Troops Against Suicide Attacks in Syria?