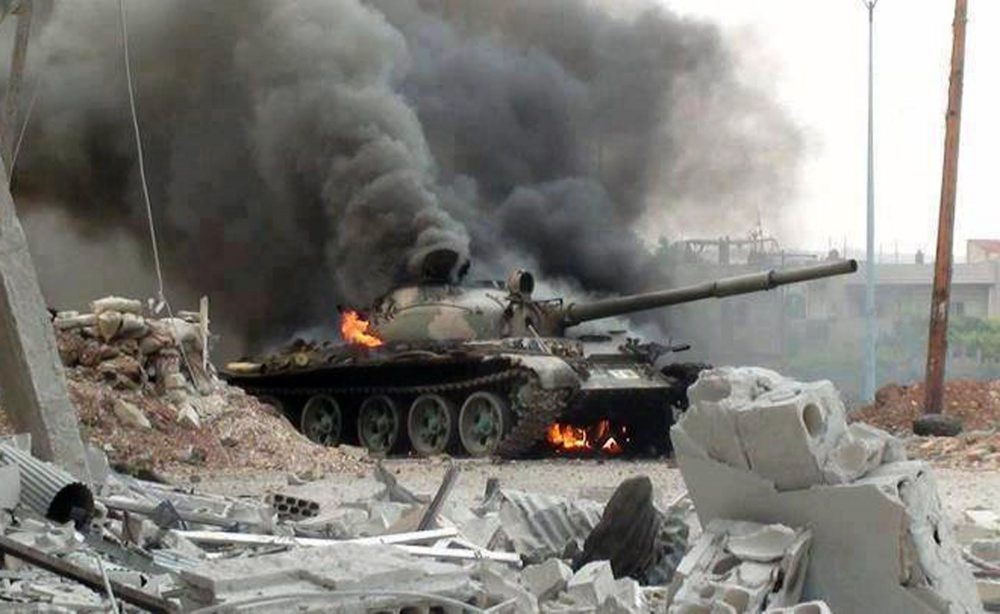 “The battle to topple the state is over,” Syrian Foreign Ministry spokesman Jihad al-Makdissi told Syrian TV yesterday. He added: “Our goal now is to ensure stability and create a perspective for reform and development in Syria while preventing others from sabotaging the path of reform.”. At TFS, we believe Assad declaration of victory is obscenely premature.

For those of us who still remember the victory declaration of Hafez al-Assad in 1973, when his planes were still being blasted out of the skies by Israelis, will see a similarity between father and son in Assad’s declaration. Assad father even declared victory in 1967 after Syria lost the Golan to Israel while he was Minister of Defense. Both Assads seem not to have learned their lessons and the unmistakable difference between declaring victory and the reality on the ground.

To those who expect reforms or national dialogue or whatever label you want to provide to concocting the dissemination of a just Revolution, you will be disappointed because Assad, thanks to the naive Syrian policy of this administration, will go on a killing binge like the world has never witnessed before and calling everyone he kills a “terrorist”. What is it with oppressed people who gain freedom? Their freedom suddenly is more precious than those of others.

We received this email from someone who seems to know enough to write the truth.

It appeared that Assad’s army was losing until Egypt allowed arms shipments from Iran through the Suez Canal and Russia resupplied Assad recently passing through Turkish controlled Bosphorus Strait. If the allies opposed to Assad do not block Russian and Iranian arms shipments, the Syrian people will be hurt.

We doubt the smuggling would have happened without the White House support. Or, at least, turning a blind eye to arming Assad to kill his own people.

Assad cannot even recognize the Revolution. He has labeled the people fighting for their rights as terrorists. How does anyone expect him to be reformed is beyond us. It’s his death or the death of Syria. There are no other alternatives. People are not just going to let go of their arms and go home obediently. The war goes on and Assad can declare a thousand victories but his regime will be dismantled. Whether he likes it or not.

So Assad can dream and Obama can turn his back. At the end of the day those fighting on the street are unstoppable. The same methods Iran used to force the US out of the region the Syrian people will use to oust Assad. The world simply does not understand our resolve. We are going to show Assad soon how victorious he is.