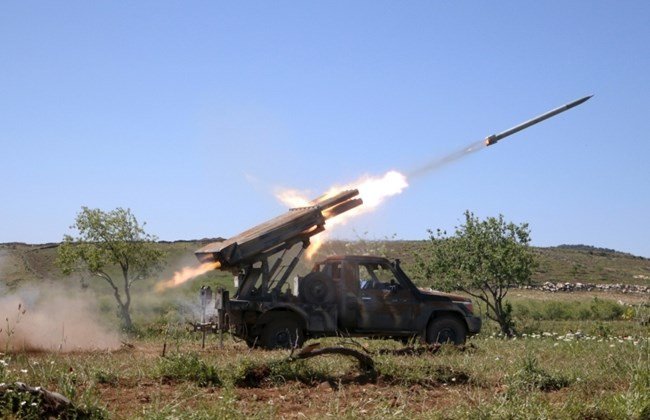 Syria rebels threaten a key position as they fought Wednesday to advance on a key military headquarters near Assad’s coastal heartland, an activist group said.

The Islamist rebels, including fighters from Central Asia and Chechens, as well as militants from Jabhat al-Nusra, were pressing an advance on the village of Jureen, activists on the ground told AFP.

“There has been heavy fighting in the village of Bahsa, less than two kilometers (1.2 miles) from Jureen,”

Perched on a plateau in the central province of Hama, Jureen stands between Sahl al-Ghab, a plain where Assad’s army has for several days been fighting the rebels, and the pro-Assad Latakia province to the west.

The Syrian military and its allies – including Iranian officers and fighters with Lebanese Shiite movement Hezbollah – have set up a military headquarters in the village to oversee the battle for the plain.

Control of this region will spell doom for the Alawites fighting side-by-side with the regime with one goal in mind: To keep Assad and his tyrannical rule in power. Millions of Syrians are revolting against the Assad tyranny and his extreme violence.

As Syria rebels threaten a regime bastion, many of these rebels are fighting because the world has ignored Syrian pleas to save them from the Assad regime, which has gassed women and children and continues to drop barrel bombs filled with chlorine gas on civilian districts in Aleppo and elsewhere.