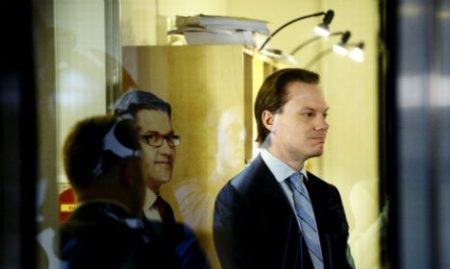 Two Swedish lawmakers have come under fire over their trip to Syria where they have met with Bashar al Assad’s regime.

According to Swedish tabloid Aftonbladet, Martin Kinnunen and Markus Wiechel ignored the Swedish foreign ministry’s recommendations against traveling to the war-ravaged country, where they have also visited refugee camps, UN bodies and religious leaders.

But although the two Swedish Democrats claim the aim of their visit was to study the situation in Syria closer, the trip has not gone well in Sweden after they met with Assad’s regime. Especially after the state-run Syrian Arab News Agency quoted them as saying they regret “Sweden’s neutral stance on the war in Syria” and the international community’s sanctions against the country.

“The two have been in contact with the foreign ministry about the trip and we have clearly advised them against the travel,” Annika Söder, a spokeswoman for Sweden’s foreign ministry, said.

Karin Enström, a spokesman for the Moderate Party called the visit “inappropriate”.

“It risks legitimizing the ruthless regime. The information [published by the Syrian regime’s mouthpiece] is upsetting and underscores once again the poor judgement of the Sweden Democrats,”

“In articles from their visit it is wrongly stated that Sweden is neutral in the fight against Daesh,” she said, using an alternative name for Isis.

“Sweden participates in the international coalition’s fight against Daesh in the region.”

The two lawmakers have defended their visit, saying they were severely misquoted by the Syrian media and have not said anything about Sweden being neutral, nor about the sanctions against Syria.

“We haven’t presented any sharp criticism against Sweden. What they might be referring to when they distort [our comments] is that we have regretted the West’s failure in finding a solution to this conflict,” Kinnunen said.

“We haven’t said that we’re going to work towards lifting [the sanctions]. What we have done, however, is meet with several UN bodies who, like the regime, abhor the sanctions,” he said, adding they’ve been used in propaganda purposes.

“We’re aware of the fact that you can be used and photographed near portraits of Assad. But that doesn’t mean that the visit has been for nothing because it’s interesting to hear how the regime argues its cause,” he said.