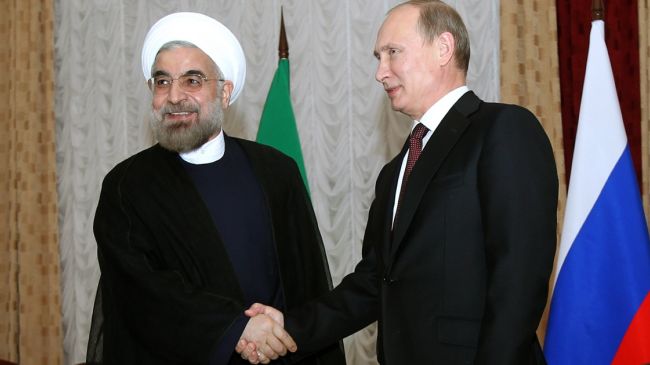 September 25, 2013 8:44 am 0
Mirror, Mirror on Syria, Who Has Released Jabhat al-Nusra Bacteria?
Any Doubt Putin Has Trumped Obama in Syria?
Who Will Hold Barack Obama Accountable?

Why are democratic leaders so easily suckered and rolled by dictators when it comes to diplomacy? That’s the question to ask as the Obama administration, fresh from getting rolled by Russia over Syria’s chemical weapons, now tempts getting suckered by Iranian President Hasan Rouhani over his country’s nuclear ambitions.

Part of the answer lies here, at the Livadia Palace in Yalta, where Joseph Stalin hosted Franklin Roosevelt and Winston Churchill in February 1945 to negotiate the political map of postwar Europe. For the people of central Europe, especially Poles, Yalta has long been a byword for betrayal: betrayal of Allied assurances that they would be allowed to determine their own futures democratically; betrayal of Western ideals of freedom and human rights at the altar of power politics.

Yet the truth about Yalta is more complicated, and more instructive. Roosevelt may have betrayed the principle of Polish freedom. But there was little he could do to change the fact that the Red Army owned Poland anyway. He also thought that, in exchange for accepting Stalin’s terms on one front, he got Stalin’s agreement on two others: Soviet entry into the war against Japan, and Soviet participation in the United Nations””two long steps, he thought, to ending the war faster and consolidating the peace better.

“In our hearts we really believed a new day had dawned,” Harry Hopkins, FDR’s closest aide, recalled about Yalta. “We were all convinced we had won the first great victory for peace. . . . The Russians had proved they could be reasonable and farsighted and neither the president nor any of us had the slightest doubt that we could live with them and get on peaceably with them far into the future.”

It didn’t turn out like that. But contrary to the suggestion that Yalta was an example of American cynicism or cowardice, it typified a style of American diplomacy that combined boundless idealism with fatal naivetÃ©, an exaggerated confidence in the power of persuasion to bridge differences””and a fatal indifference to the importance of ideology in creating them.

It was certainly true of FDR. The man who got what he wanted from the American public like no other president could be forgiven for thinking of himself as someone who understood people and their motivations. Returning from his first meeting with Stalin in Tehran in 1943, Roosevelt told reporters: “I got along fine with Marshal Stalin. He is a man who combines a tremendous determination with a stalwart good humor. I believe he is truly representative of the heart and soul of Russia; and I believe we are going to get along very well with him.”

Historians of the Yalta conference have often noted that the Russians had every room in the palace bugged, and that Stalin was provided every morning with transcripts of Roosevelt’s and Churchill’s private discussions with their staffs. But Stalin’s advantage at Yalta wasn’t that he was better briefed. It was that he was a better psychologist. He knew how to turn Roosevelt’s illusions to his own purposes.

Above all, FDR cherished the illusion that, through universal participation in the U.N., World War II could be what the first one had not: the war to end all wars. Stalin was more than willing to nurture FDR’s idealism””provided FDR returned the favor by granting Stalin the run of his ambitions.

So it is with so many negotiations between democrats and tyrants: When there is a deal, it usually winds up being a trade between the theoretical and the tangible, the immediate concession and the long-term promise, the paper agreement and the territorial prize.

Which brings us back to the present. President Obama has spent five years giving abundant evidence of his desire to reconcile with autocrats, as he did with his Russian reset; to overcome mistrust by demonstrating the purity of his intent, as he tried in his Cairo speech; to seize on any enabling fiction that will relieve him of his commitments, as he has done with Syria. A deal with Iran, arranged via a first-of-its kind meeting with Mr. Rouhani, is a personal and ideological temptation Mr. Obama is incapable of resisting.

Should it happen (I’m betting it will), Mr. Obama will be hailed as a master diplomat and a triumphant peacemaker. As with Yalta, it won’t take long to learn who is betrayed, and what is lost, in the service of an illusion.