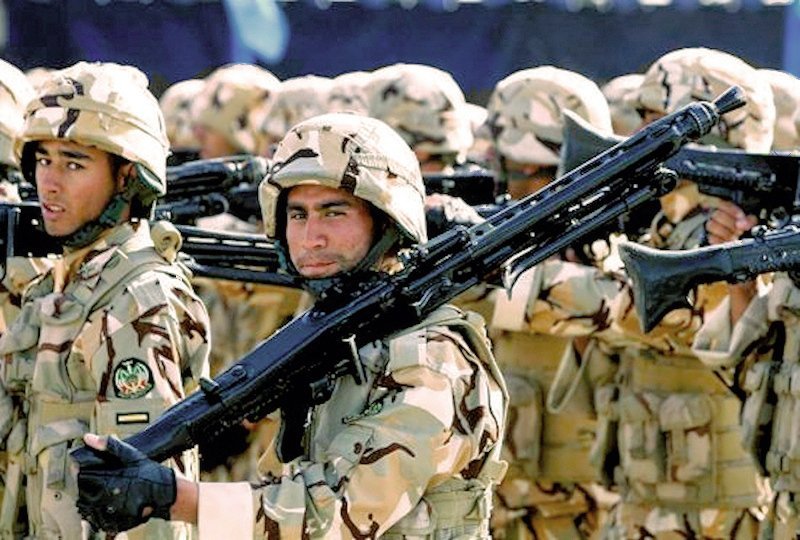 What to do about the slow Iranian take-over of Syria that is already threatening the region? How can we slow that process, which seems unstoppable for lack of a cohesive American policy to intercept the Iranian terrorizing hegemony? How can we limit the damage of the Mullahs’ brand of proxy violence? If the U.S. is willing, the short answer is: Only the threat of severe Russian sanctions will save Syria from the clutches of Iran.

In the Middle East, the U.S. has overthrown regimes to discover its replacement to be far worse. It has attempted to empower the people of Iraq to chart their own destiny through elections only to discover that extremism feeds on western benevolence. Now, it seems, America has embarked on a multilateral effort to dislodge Assad from power and to restructure the Syrian government to be friendlier without losing sight of combating terror. The latter is the short answer, but the major questions of concern to peaceful co-existence remain mysteriously elusive.

Will Russia, through a bilateral effort, agree to dislodging Assad without Congress voting for severe Russian sanctions? That possibility is dim considering Russian investment in the violent Assad family dating back to 1957. The Assad family has been playing two distinct roles in favor of the Soviet Union and now Russia. One is to keep the region off balance during the Cold War, and two, to protect the large Christian Orthodox community in Syria. Constantinople 1453 is not to be repeated.

Will Russia, through a bilateral effort, agree to assist in dislodging Iran from Syria without Congress voting for severe Russian sanctions? If you understand the danger and nuisance of North Korea to the west, and how this toxic country landed in our lap, then you will know that Iran is as good a spoiler, an ace countries like Russia need to keep America off-balance.

How will we dislodge Iran after Assad? Sanctions? Air campaign? Build a new Syrian army to do its job? Start trouble for the Mullahs at home to weaken their flanks?

Secretary of State Rex Tillerson is the consummate diplomat. His business relations with Russia go back a long way. He may yet pull off a miracle as he negotiates Assad departure.

However, if Russia, refuses to cooperate on Assad replacement and to assist in dislodging Iran, then Congress must consider the option of instituting new severe Russian sanctions that will compel Putin, a thug in his own right, to act.

How to dislodge Iran from Syria is a job the National Security Council is able to plan and execute. The job is made ever so difficult considering America is unwilling to enter into a new open war with Iran. But Iran must, at all costs, be removed from Syria. The tentacles of terror the Mullahs are planting quietly today will come back to haunt every country in the region, including the Christians whom they treat terribly in Iran.

Both Iran and the MENA Christian communities today have a common enemy in violent Sunni Muslims, but my enemy will always remain an enemy even while he is a temporary friend.

Have we not learned from Iranian actions during the reckless years of the Obama presidency? There will always be another wimpy U.S. President whose further appeasement will only make matters worse. America must act during the term of a president whose resolve is unstoppable. Congress must help by threatening to use the weight of America’s financial empire to threaten the economic existence of rogue countries.