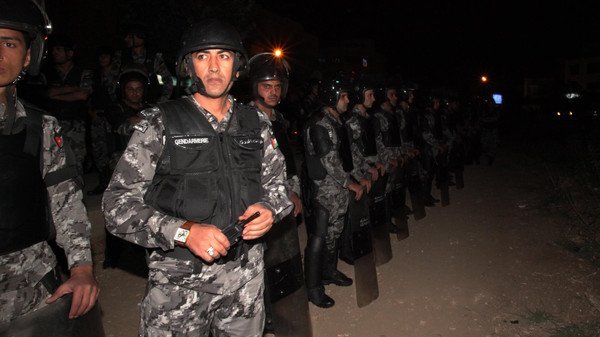 July 6, 2015 6:07 pm 0
Did Iran Deploy Its Missiles in Syria?
With the World Watching, Syria Amassed Nerve Gas
The Gehenna Quartet Meeting in Cairo

TFS Note: Iran is accelerating its destabilizing policies in the region by targeting Jordan this time as Jordan foils Iranian-backed terror plot. Barack Obama is set to release billions of dollars more to Iran, which the terrorist Mullahs will use to harm U.S. allies. Barack Obama is the essence of everything gone wrong with the US voting system unwilling to vet candidates for their loyalty to American values. The most anti-American president ever.

Jordanian security forces have foiled a terror plot by a member of an Iranian-backed group, local newspaper Al Rai reported on Monday.

The report states that the suspect belongs to the Iranian Bayt al-Maqdis group and holds Iraqi and Norwegian citizenship.

The suspect was found to be in possession of large amounts of explosives and was arrested in northern Jordan, the newspaper added.

Jordan’s state security court was set to hold its first hearing on the case on Monday.

Despite similarities in the name, the Iranian-backed group is reportedly unrelated to Egyptian militant group Ansar Bayt al-Maqdis, which recently changed its name after pledging allegiance to ISIS.

A source familiar with the investigation told Al Rai that 45 kilograms of explosives were found in the suspect’s possession.

“This is the most serious case in a decade in terms of the quantity of explosives discovered and their quality,” said the source, adding that a major terror operation had been averted.