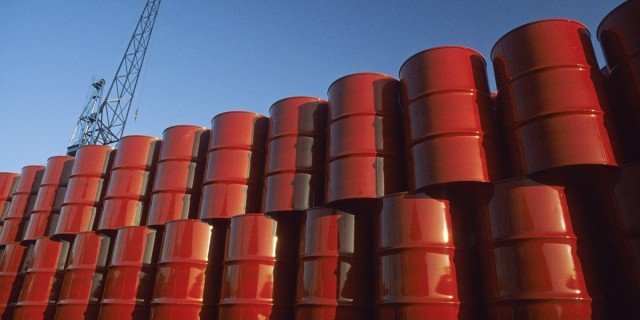 No country in the Arab world is as patient as Saudi Arabia is. Its extraordinary patience is due to a Bedouin culture that clocks moving forward on the birthing of its most cherished symbol of life: Sheep. Alternatively, the West moves at the speed of its own culture measured in the symbol of machines operating in nanoseconds.

Saudi Arabia’s patience with Iran and Russia has run out. One country acts as if it is normal for a state sponsor of terror to obtain nuclear weapons, and the other acts as a colonialist Viceroy to dictate a culture of repression and death. Both countries are protecting Syria’s Assad, the most violent man since Adolph Hitler.

Saudi Arabia has been orchestrating, since July 2014, an oil price decline, which culminated in a drop below the $60 a barrel. According to Ralph Peters at the NY Post, “If oil prices remain low through next year, the effect on rogue governments, from the Russian Federation to Venezuela, will go from damaging to devastating.” Saudi Arabia, on its own, cannot have such an impact if, writes Jordan Weissmann, the slowing growth of China, production here at home, and Europe’s economic stagnation did not materialize simultaneously.

The regime in Iran is oblivious to this oil war and seems to be making questionable economic assumptions. Its parliament recommended the oil price target of $70-$80 as a base for its next year budget. If prices stay below $60, the impact will be even more damaging to an economy already in tethers. According to some experts, Iran needs oil prices at $140 to balance its budget against a backdrop of a shrinking sovereign wealth fund Iran is already dipping into to cover its $2B plus deficit over the last 3 months.

With regard to Russia, the Ruble to Dollar exchange rate has declined by 50% since July. Because of that sharp decline, Putin is forced to dump Russia’s foreign currency reserves to buy worthless Rubles. Joshua Keating wrote back in October in an article entitled: “Top Russian Officials Are Starting to Realize That the Country’s Economy is in Big Trouble” that Putin declared in a forum he foresees a rosy economic picture ahead. Putin’s optimism, wrote Keating, rests on some pretty big assumptions, including 1.2 percent growth next year—the World Bank thinks 0.3 percent is more realistic—and $100-a-barrel oil prices.

One country assumes a $100 a barrel as the basis for its economic outlook and another needs $140 a barrel to balance its budget. Oil is trading at $60 or less largely due to Saudi Arabia’s refusal to cut production.

Since the US has kept mum about the lower oil prices, even though it affects the newly born Fracking industry, it is probable, therefore, that the White House is a complicit partner in the orchestration of Saudi Arabia’s tactical move. A possibility if Obama is feeling his deal with Iran needs a boost, already alluded to by a US negotiator and further indirect punishment for Putin’s aggression and intransigence. Lower oil prices also help Europe, which is a party to the P5+1 negotiations.

What Saudi Arabia could not accomplish sitting at the diplomatic table to remove the violent Assad and the US to render Putin’s invasion of Ukraine quite costly, both countries may accomplish through an economic chokehold.

It is too early to celebrate who will come out on top in this multilayered cold war US-Russia and Saudi Arabia-Iran are conducting. However, how one sees this oil pinch play out, it is certain that the geo-political pressure over regional influence just went up a notch or two.