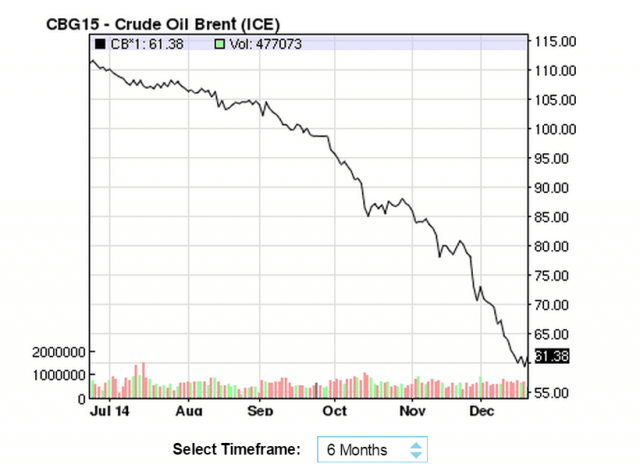 Oil enriched Assad, Oil may be his demise

The Assad family has two industries it relies upon to remain in power. Oil and terror. With a barrel of oil hovering around $60, about 50% down over the last six months, the two main backers of the Assad terror Iran and Russia will have major economic issues of their own to sustain support of the regime.

Oil enriched Assad, Oil may be his demise.

Reuters published an article on this subject two days ago that is worth reading. Below is the full text:

(Reuters) – Syrian businessmen and trade officials say they are worried the economic lifeline provided by Iran is under strain from plunging oil prices, despite public messages of support from Syria’s strongest regional ally.

Syrian President Bashar al-Assad has relied on oil-producing Iran to help him fight insurgents in a nearly four-year-old civil war and also prop up a currency under pressure.

“If it had not been for Iranian support we could not have survived the crisis,” a senior Syrian trade official said from Damascus, requesting anonymity.

“It was Iranian support that has been the most important. In return, we are promising them more and more, and opening more and more doors for them to invest in Syria.”

Oil production in Syria, which is under U.S. and European sanctions, has dropped sharply since the start of the conflict and as insurgents have taken over energy installations.

In July last year, Iran granted Syria a $3.6 billion credit facility to buy oil products, according to officials and bankers at the time. Another $1 billion went for non-oil products.

But with the global oil price down 50 percent since June, Syria – where rebels have seized up to a third of the country – has sought reassurances Tehran will maintain the status quo.

The public message has been an overwhelming “yes”.

But there were no detailed announcements of joint ventures or oil deals as followed previous such visits in the past.

A senior Iranian official told Reuters that support for Assad would never flag despite the fall in oil prices. “We are going through a very difficult phase and the drop in oil prices is a plot by our enemies. They want to bring us to our knees to abandon our pillars and to break our resistance,” he said.

“But I can assure you that Iran’s support to Syria will continue. Iran has been through worse situations and has never changed its foreign policy.”

Oil enriched Assad, Oil may be his demise