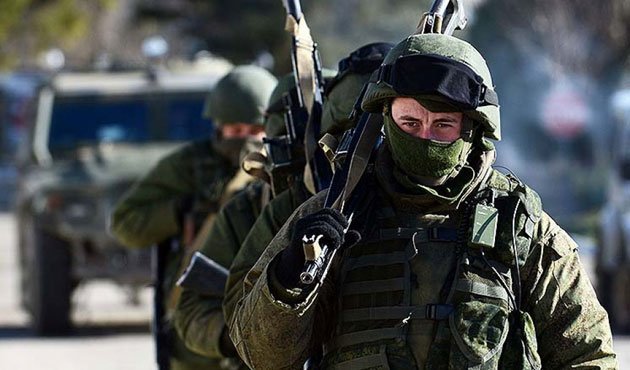 In a rare act of insubordination, a small group of Russian soldiers filed a complaint with military prosecutors against plans to deploy them to Syria, a lawyer and a human rights activist who handled their case said. In fact, Russian soldiers challenging Putin over Syria Deployment is just the beginning of more trouble for Putin for his Syria invasion.

The dissent, in an air defense unit, was short-lived but points to growing strains on the military as Russia pursues its combat mission in Syria, maintains bases in ex-Soviet Central Asia and has a presence in Ukraine.

It was concern over the experiences of Russian troops in Ukraine that set alarm bells ringing for the up to around 60 soldiers sent from the unit’s base in Siberia to the Black Sea port of Novorossiisk in late August.

Sergei Krivenko, a civil rights campaigner who has been helping soldiers’ families said;

“A representative of the General Staff came there and told them they must get on ships and leave for a hot country where they could take part in combat.”

President Vladimir Putin had not yet declared the start of the military operation in Syria so the Russian troops would not at that time have had the official status of combatants.

That was a concern for the troops because Russian soldiers captured or killed in Ukraine have been publicly disowned by Moscow.

Reuters investigations and testimony from some of the troops involved show Russia has sent soldiers to Ukraine on undercover operations, but Moscow denies sending serving soldiers there.

Ivan Pavlov, a lawyer who acted on behalf of some of the troops said:

“They (the soldiers being sent to Syria) realized there was a threat they may end up in the same situation. The war had not been declared at that time. People didn’t understand whether it was legal or not, or whether anyone would defend them if they were taken prisoner.”

Krivenko, who is also part of a rights body that advises Putin, said soldiers in the unit demanded they be given a written order to go to Syria.

When their commanders refused, the soldiers contacted military prosecutors. Ultimately no more than four were behind the formal complaint to the prosecutors.

“They came under severe pressure,” Krivenko said. “The Federal Security Service (FSB) showed up there. Their commanders said they would pass their case on to the FSB, that it was treason. For a few days it was not clear if they would get arrested or not.”

In the end, a few people from the unit who were most vocal were sent back to their base in Siberia and the rest of the unit stayed in Novorossiisk, said Krivenko.

It was not clear whether those who remained in Novorossiisk had later gone to Syria although Krivenko said he understood they had.

The military prosecutor’s office for the Novorossiisk garrison, where he said the soldiers filed their complaint, declined to comment.

The defense ministry did not respond to a request for comment, and calls to the FSB press office went unanswered. Reuters was unable to speak to any of the soldiers in the unit.

The defense ministry denies its personnel are directly involved in ground combat operations although Russia has been carrying out air strikes against what it says are areas held by Islamic State militants fighting forces loyal to its ally, Syrian President Bashar al-Assad.

But Russia has soldiers in locations far beyond the port and air base where it says its main contingents in Syria are based, according to U.S. officials and geo-location tags from photographs on social media.