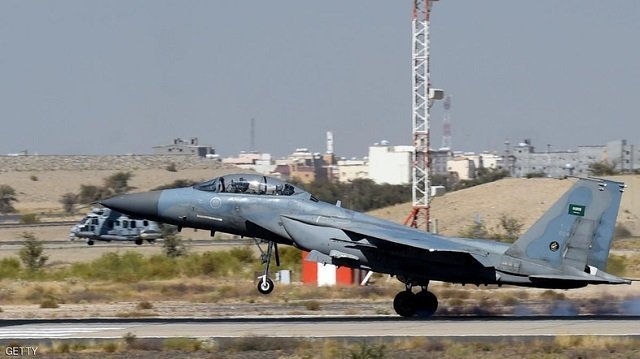 Saudi jets are due to arrive at a Turkish base this week take part in the air campaign against ISIS in Syria, Turkey’s Foreign Minister Mevlut Cavusoglu said on Thursday. Will Saudi Arabia strike Assad army like Putin is striking Saudi-backed Syrian rebels?

“We are expecting the planes to arrive today or tomorrow (Friday),” Cavusoglu told the state-run Anatolia news agency, adding that Saudi equipment and personnel had already arrived on the ground.

The planes are to be stationed at the Incirlik base, which is already hosting US, British and French war planes taking part in the strikes against IS fighters in Syria.

Saudi Arabia and Turkey both see the ousting of Syrian President Bashar al-Assad as essential for ending Syria’s five-year civil war and are bitterly critical of Iran and Russia’s support of the Syrian regime.

The two countries have in recent months moved to considerably tighten relations that had been damaged by Riyadh’s role in the 2013 ousting of Egyptian president Mohammed Mursi, a close ally of Ankara.

Ankara has said it is in favor of a ground operation in Syria, but only if it is conducted in coordination with Saudi Arabia and other Western and Gulf members of the anti-ISIS coalition.

“We have since the beginning argued for the necessity of ground operations and all kinds of strategic moves to be carried out in addition to the air campaign,” Cavusoglu said.

Global March to Jerusalem? How About One to the Ruins of Homs Ayatollah Khameini?
If you are pro-Syria, should you be anti-Israel?
Obama Iran alliance dumb says Senator Graham
Putin Terror 435 Syria News 1210