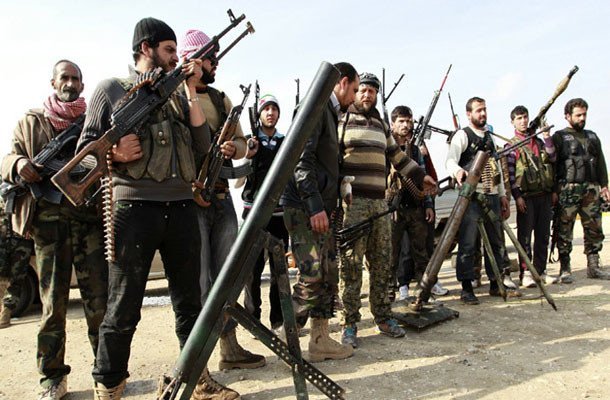 June 10, 2015 10:54 am 0
From Israel With Love: How Powerful a Magnet Assad Is to Terror
Assad’s Mother Dies, Son to Follow Soon
The Limitations of Assad

The Twitter account of Jaish al-Islam (Army of Islam) boasted on Wednesday it has kidnapped a prominent figure in the Assad regime and moved him to the Ghouta region under rebels control.

“After a well-executed infiltration operation by Jaish al-Islam, a leading personality from Assad’s militias has been apprehended and taken to Ghouta,”

Ghouta was the Damascus district Assad gassed with sarin in August of 2013.

Alloush told Souria.net the name of the kidnapped official would be revealed at the appropriate time in the future. He added:

“The detention will have a big impact on the Assad regime”

So far no one has been able to identify the pro-Assad official kidnapped. Most likely, the regime issued a directive to keep a lid on any leaks, which would have a negative effect on the morale of Assad supporters.

In the past, Jaish al-Islam has succeeded in carrying out two similar operations that netted two pro-Assad militia commanders who were also captured in Damascus. At the time, a statement by Jaish al-Islam revealed:

“The commander of the so called Army of Loyalty who is known by the alias Abu Suleiman al-Deiri and Abu Khaled Alaya, a commander in the ranks of that militia, are in the custody of the Army of Islam,”

It won’t be long before we find out who the mysterious pro-Assad kidnapped official is and what impact his absence will have on the regime military or strategic operations.

Meanwhile, it is safe to assume that such kidnappings, when successful, play a vital role in demoralizing the Assad troops battling the Syrian rebels and the Jihadists.