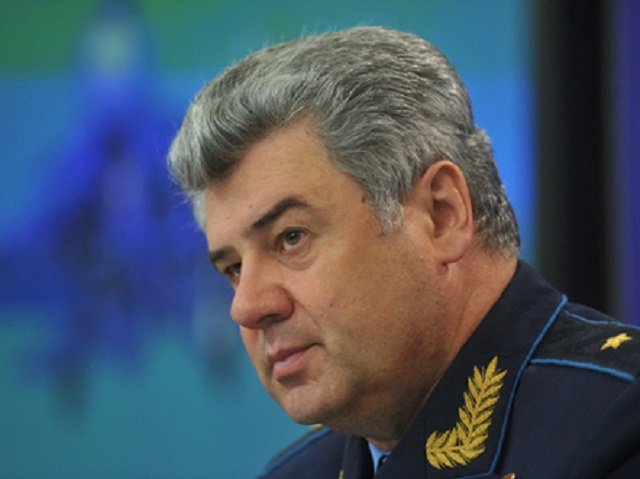 Russia Responds to US Dogfighters Challenge Over Syria

Russia responds to US dogfighters challenge over the skies of Syria by sending its own anti-aircraft missile systems to back its campaign, the commander of the air force Viktor Bondarev said in an interview published Thursday.

“We sent there not just fighter planes, strike aircraft and helicopters but also anti-aircraft rocket systems.”

He said that Russia made the decision to bring missile systems to Syria because:

“We took into account every possible threat. There could be various force majeur situations. Let’s imagine a military plane is hijacked and taken to a neighboring country and air strikes are aimed at us. And we have to be ready for this.”

The reality, though, was in response to the U.S. dispatching its own air-to-air dogfighters to Turkey in anticipation for some threat the U.S. perceived.

The defense ministry could not be immediately reached for comment.

Bondarev said Russia has “more than 50 planes and helicopters” in Syria, “precisely the number we need. At the moment, we do not need more.”

He said that a Russian jet that strayed into Turkish territory in October had done so because as it flew along the Turkish border in dense cloud “the equipment showed that some ground-based air defense systems were trying to capture the plane.

“Therefore the pilot had to make an anti-missile maneuver. So he passed into the Turkish air a tiny bit. As we honestly admitted,” Bondarev said.

The defense ministry previously said only that the plane strayed into Turkish air space on October 3 because of bad weather conditions.

Turkey said the Russian aircraft exited its airspace after it was intercepted by two Turkish F-16 fighter jets.

Russia Responds to US Dogfighters Challenge Over Syria