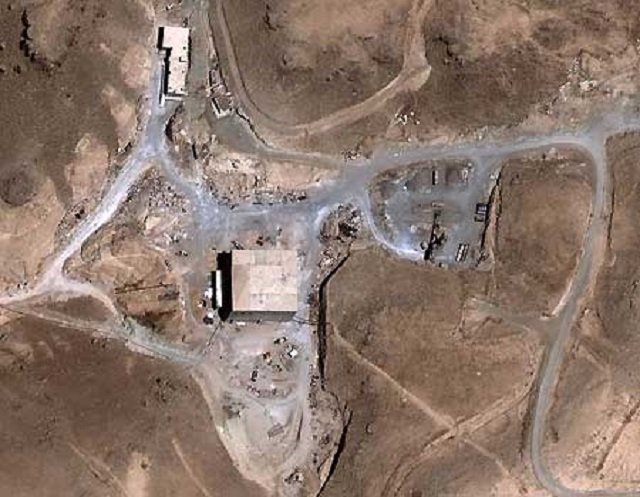 September 21, 2015 7:00 pm 0
Courage is knowing what not to fear
Syrian rebels seize government town in Aleppo province
Assad Control of Syria Down to 20%

“There are 28 fighter and bomber aircraft” at an airfield in the western Syrian province of Latakia, one of the officials told AFP, speaking on condition of anonymity.

Fighter jets are equipped to fight other fighter jets, not ISIS.

A second official, also speaking on condition of anonymity, confirmed the figure, and added there were about 20 Russian combat and transport helicopters at the base.

That official also said Russia was operating drones over Syria, but did not give additional details.

Today Russia controls Syrian skies. This could mean Assad could re-start his nuclear program tomorrow and no one would be able to stop him.

With such nuclear power, Russia will end once and for all any talks of Assad regime change. Forever.

In 2007, the Israeli Air Force destroyed al-Kibar nuclear facility built with help from North Korea. Putin, at the time, did not condone or condemn al-Kibar.

The United States has warned that Russian military backing for the Syrian regime only risks sending more extremists to the war-torn country and could further hamper any effort at bringing peace.

They agreed to continue discussions, which are crucial to lessen the risk of incidents involving coalition forces and Russian forces operating in the same air space.

Netanyahu is not Obama
Yesterday’s Kill Ratio: 63 Assad Forces and IS to 28 Rebel Forces
On Obama’s foreign policy, Clinton got it right
Putin Terror 436