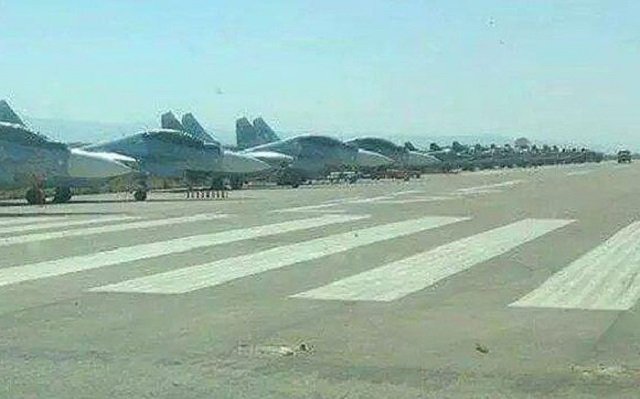 October 4, 2015 6:43 am 0
I indict my religion
Al-Qaeda behind Libya. But Who is Behind al-Qaeda but Iran and Syria?
Muslim Populations in Europe: The Sharia Invasion

Consider the effects of a Soviet defeat in Afghanistan, and later two separate wars in Chechnya, upon a young rising KGB agent to get a sense of where Vladimir Putin is heading in Syria.

When you consider his past, Syria is Putin’s fourth war against Sunni fanatic Islam, even though he is also striking moderate Free Syrian Army to save the Assad regime he considers, like Assad, as “terrorists”. To Putin, all Sunni Muslims are “terrorists”.

When the Soviet Union invaded Afghanistan in 1979 – during the last year term of a pacifist U.S. President to coincide with the Russian invasion of Syria, also during the last year term of another pacifist U.S. President — it embroiled itself in a 10-year war that defeated whatever remained of the Soviet Empire. Afghanistan, to a nationalist like Putin, one would imagine, still yields a bitter taste in his mouth. At the time, Putin was 27-years old KGB yearling when the USSR invaded.

In a way, the Afghanistan War defined Putin the same way World War I defined Hitler. His notion of “Russian World” is not too dissimilar from Hitler’s notion of Lebensraum.

At the start of the first Chechen War in 1994, Putin who was 42 year old at the time, was head of the now KGB-renamed FSB (Federal Security Service). The war ended up killing officially 5,500 Russian soldiers, but unofficial estimates concluded more like 14,000 was the number of Russian casualties. Up to 100,000 civilians may have been killed, which would have represented 30% of the population numbering 350,000 in 1999.

After the abduction of General Gennady Shpigun by Chechen separatists, Russia re-entered Chechnya again in 1999 when Putin was Prime Minister – he would succeed Yeltsin a few weeks later as President. Putin argued that the second war against Chechnya was a crusade against “terrorists” he blamed for bombing apartments in Moscow that resulted in death to innocent civilians.

John B. Dunlop. writing for the Chechnya Weekly, summarized the cost to Russian lives in the two wars in Chechnya:

Anatoly Kulikov, currently the deputy chair of the State Duma’s Security Committee. In 2002, retired general Kulikov announced that “in the course of the two wars in Chechnya, Russia had lost as many men as in the war in Afghanistan in 1979-1989, that is, about 15,000”

However, despite Putin’s pledge to “quickly nip the vermin [of terrorism] in the bud,” there was no end to the conflict in Chechnya. The siege of Grozny, to this day, haunts human rights activists and organizations for its barbarism, which Vladimir Putin oversaw. Like Assad, Putin would not hesitate to trample upon the innocent civilians in Syria. His hate for Sunni Islam is equivalent to the Jewish hate manifested by Hitler with no less savagery by Putin than Hitler.

Putin’s image during the second Chechen War and his unrelenting determination combined to raise Putin’s popularity in spite of the death toll, which remained secret. It later permitted him to overtake all his political rivals. From his experience, it is not hard to imagine that Putin is applying the same approach in Syria. But is Syria Putin’s Chechnya or the Soviet’s Afghanistan?

Anna Borshchevskaya of the Washington Institute for Near East Policy summarized Putin’s adventurism in one sentence:

Russia can’t fight a war in both Ukraine and Syria while also maintaining troops throughout the post-Soviet space, but Putin appears set on trying.

With Syria, this is Putin’s fourth war against Sunni fanatic Islam. Once in Afghanistan, twice in Chechnya, and now in Syria. With the exception of Afghanistan, during each war, Putin’s demonstrated the will to win and extreme barbarism against civilians that the U.S. and Europe might not be able to ignore this time around.

We say the odds are against Vladimir Putin in his latest conquest. We say Syria is going to bury Putin and his myth.

Only moderate Muslims can defeat fanaticism and extremism. The same ones Putin is bombing today.