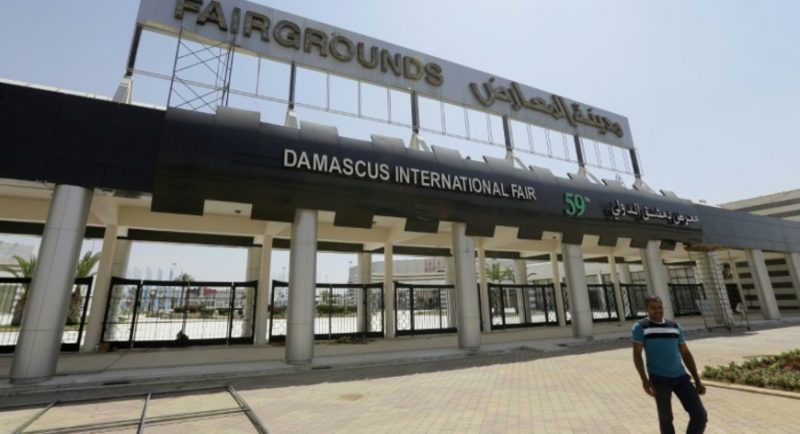 Participating in Damascus Fair is a Risky Business

August 30, 2019 5:16 am 0
Tacit Agreement Between Obama and Putin to Save Genocidal Assad
The War Gruesome Facts on Syrian Children
Tentacles of Assad Terror Reaches Canada

The United States warned businesses against participating in an annual trade fair in the Syrian capital opening Wednesday, saying participants would expose themselves to the possibility of U.S. sanctions. Participating in Damascus fair is a risky business.

Russia, one of two Assad backers, shot back, accusing the U.S. of undermining the reconstruction of Syria.

In a statement posted on Twitter, the U.S. Embassy in Syria, which closed the mission early on in the country’s eight-year civil war, said it has received reports that some regional businessmen or chambers of commerce plan to participate in the Damascus fair.

We’ve received reports that some regional businessmen or chambers of commerce plan to participate in #Damascus international trade fair. We reiterate our warning that anyone doing business w/ Assad regime or its associates is exposing themselves to the possibility of US sanctions

The Damascus International Fairgrounds, located near the city’s international airport, is hosting the fair. Before the war started in 2011, the exhibition was active. It attracted investors and Arab celebrities who performed to packed audiences on opening night.

Assad had no choice but to halt the exhibition when the people of Syria rose against his brutal regime. At the time, the western-inclined Free Syrian Army seized control of the eastern suburbs of Damascus, near the fairgrounds.

The fair resumed in 2017 for the first time since war broke out.

But participation has been largely confined to Syrian companies, followed by pro-Hezbollah Lebanese and Iranian exhibitors. Some Russian participated. Businesses found it challenging to avert international sanctions.

We repeat that it is unacceptable & inappropriate for businesses, individuals, & chambers of commerce from outside #Syria to participate in a trade fair w/ Assad regime, particularly at a time when the Assad regime & its allies #Russia & the #IRGC are attacking innocent Syrians.

The IRGC is an acronym for Iran’s powerful Revolutionary Guard Corps, which is fighting alongside Assad’s forces in Syria.

On its Facebook page, the embassy urged members of the public who have information on any businesses or individuals who plan to participate in the trade fair to email the U.S. Department of Treasury with the information. The email address is: [email protected].

The Russian Foreign Ministry accused Washington of attempting to sabotage the event. The U.S.’s “blatant attempts to undermine the Syrian leadership’s reconstruction efforts are harmful to Syria’s unity, sovereignty, and territorial integrity,” the ministry said.

In the statement, Russia did not mention why it is helping Assad drop cluster bombs on innocent civilians.

AP contributed to this story..

Participating in Damascus Fair is a Risky Business