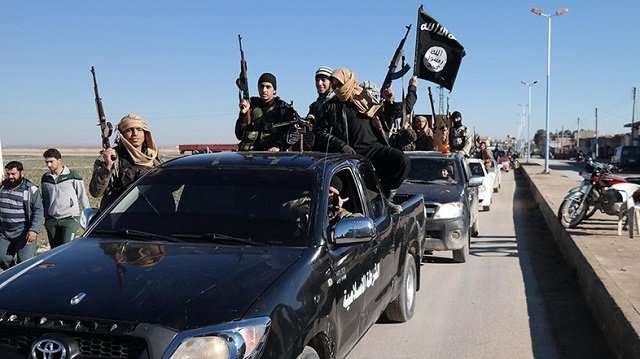 September 26, 2015 3:21 am 0
Washington, we have a problem in Syria
In Syria, hints of Soviet helicopter tactics from Afghanistan
When isolationism leads to crimes against civilians

Remember the infamous quote President Barack Obama made in reference to the Junior Varsity (JV) status of ISIS? This little Obama’s JV terror organization is making inroads in Afghanistan, winning over a growing number of sympathizers and recruiting followers in 25 of the country’s 34 provinces, a U.N. report said Friday.

Obama’s JV, which now controls large areas of Syria and Iraq, has been trying to establish itself in Afghanistan, challenging the Taliban on their own turf.

Afghan security forces told U.N. sanctions monitors that about 10 percent of the Taliban insurgency are ISIS sympathizers, according to the report by the U.N.’s al-Qaeda monitoring team.

“The number of groups and individuals who are openly declaring either loyalty to or sympathy with ISIS continues to grow in a number of provinces in Afghanistan,”

Afghan government sources said “sightings of the groups with some form of Obama’s JV ISIS branding” or sympathy were reported in 25 provinces in the war-torn country, it added.

The Obama’s JV ISIS-backed groups “regularly engage” Afghan military forces, but fighting with other parts of the insurgency are rare, except in Nangarhar province where they are battling the Taliban for control of the drug trade.

Among the prominent Obama’s JV ISIS fighters, the report singled out Abdul Rauf Khadem, a former Taliban adviser to Mullah Omar, who visited Iraq in October 2014 and has since formed his own group in Helmand and Farah provinces.

Khadem allegedly has been recruiting followers by paying out large sums of money.

Foreign fighters from Pakistan and Uzbekistan, some of whom have close ties to al-Qaeda, have come under the ISIS banner after fleeing their country and have “rebranded themselves” in recent months, the report said.

Up to 70 Obama’s JV Islamic State fighters have come from Iraq and Syria and now form the core of the militants’ branch in Afghanistan, according to the report.

Afghan security authorities do not consider the growing emergence of ISIS as an “immediate increased threat” but they are keeping an eye on the situation as a “potential new threat”, it added.

The U.N. monitoring team said Obama’s JV ISIS had improved its propaganda in English in a sign of increased competition with the Taliban.

The Taliban, who have themselves often been accused of savagery during their 14-year insurgency, are seeking to appear as a bulwark against ISIS’s brutality and as a legitimate group waging an Islamic war.

Thank you Barack Obama for sitting out protecting this country, and letting Assad and his terror masters in Tehran make a mockery of the power the American people entrusted you with.