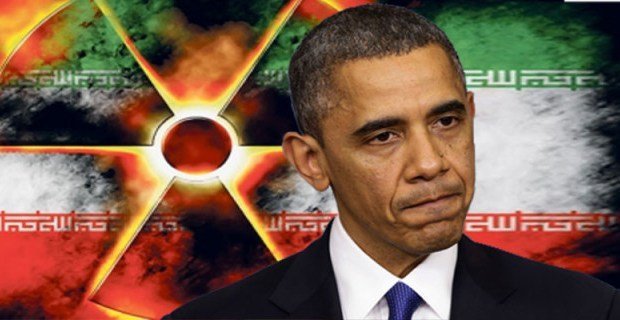 Obama to Release $150 Billion to Iran to Conquer the Region

As the world awaits June 30 with impatience, let us consider the consequences of Obama’s actions. Let us consider when Obama to release the $150 billion to Iran, what would happen shortly thereafter.

The question of what will Iran do with Obama’s $150 billion gift should begin to worry U.S. allies and the free world. Here is a sample of what we should expect Iran to do with Obama’s gift.

Obama has mastered the political game called “pretend”. While he pretends to protect U.S. allies, he pretends to love Israel, and he pretends to defend us from terror, he is in reality feeding terror against U.S. allies and trying to harm Israel by bolstering the Mullahs with the means to achieve HIS goals.

To the fools among us, we can pretend it ain’t so.

Why would Obama release $150 billion to Iran if not to conquer the region? Especially when his Iran deal does not prevent the Mullahs from building an atomic weapon down the road.

Anyone analyzing the deal. from what we know so far, cannot help but see the U.S. President empowering Iran to conquer the region with help from a nuclear arsenal it can threaten the world with. What do you think Iran is going to do with $150 billion? Invest in the future of the Iranian people?

Iran is already investing billions to prop up the Assad regime. Should these Iranian investments not become red flags for Barack Obama or is he ignoring them because his real intentions are for Iran to conquer the region?

We say, Obama, release $150 billion and watch its effect on nuclear arms race in the region.

Release $150 billion and watch the Syrian civil war get even uglier and more people die needlessly.

Release $150 billion and watch our allies fight for their lives as Iranian terror spreads like locust.

Release $150 billion and watch sectarianism, aided by extreme terror, reach every corner of the Middle East.

Obama is preparing Iran for the worst and most egregious crimes to happen after he leaves office just so he can absolve himself of all wrong doing or blame.

To the American Jews, we ask: Happy you funded and voted for Obama?

Obama to Release $150 Billion to Iran to Conquer the Region