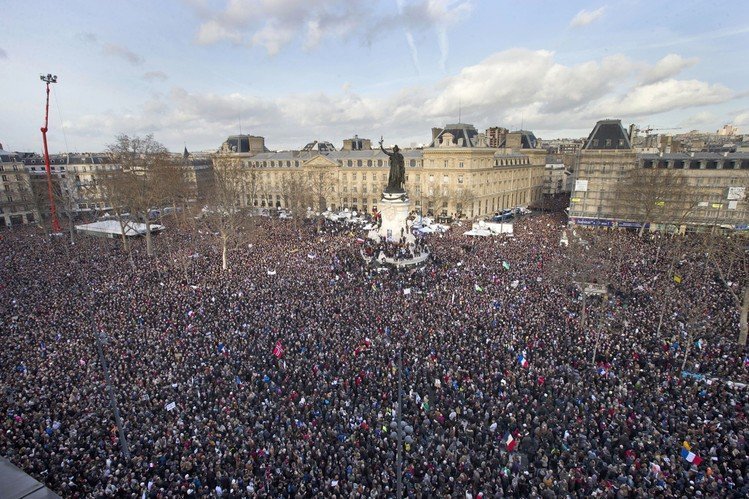 January 17, 2015 7:26 am 0
Obama is losing it
Paris attacks revive concerns about U.S. security
Obama Gets Smaller by the Day

Those affected were the satirical magazine Charlie Hebdo and a Jewish supermarket in a Paris quartier frequented by Jews, Christians, and Muslims. Both acts of terror were followed by three days of hunting the terrorists.

In the midst of all that chaos, some 40 leaders from around the world gathered in Paris on Sunday January 11 for a march against terror. Absent from this gathering was our very own supremo Barack Obama.

Why Obama missed Paris to show solidarity against terror?

Below are the 12 reasons I believe why Obama missed Paris and why he ignored attending this important rally against Islamic terror.

All told, it was easier to stay home, claim it was for security reasons (Not so for Mandela’s funeral on few days’ notice), and put on display the arrogance of a man who should be teaching, not leading.

A man who hates those who fight terror not on his terms, not on his very own interpretation of history, and not based on his own twisted education.

Hey Congress, can we have a new law that dictates when a President is morally absent, with regard to terror, the Speaker of the House is then obligated to fill that vacuum? Automatically.

Electing Barack Obama is, in fact, changing this country in ways we could have never anticipated.

733 more days of Barack Obama. That is it. Freedom follows for America and accountability for Obama’s cult-like administration.