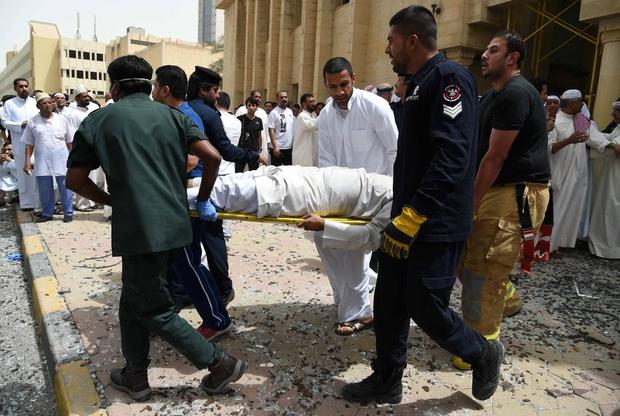 June 27, 2015 6:58 am 0
Obama Ignores Killing of Civilians or Kills Them Himself
Flow of ISIS Terrorists Unstoppable Because Assad Remains in Power
The ISIS Political Football

The United States condemned “heinous attacks” in France, Kuwait and Tunisia on Friday but said it had seen no evidence that they were directly coordinated.

Not only Obama causes ISIS to rise when he refused to interfere to halt the Assad Shiite atrocities, but did not hesitate a day to attack extreme Sunnis responding to Assad’s atrocities. His policies are viewed as supporting Shiite terror of Assad against Sunni civilians being barrel bombed routinely.

“Our thoughts and prayers are with the victims of these heinous attacks, their loved ones, and the people of all three countries,”

“We stand with these nations as they respond to attacks on their soil today and we have been in contact with appropriate counterparts in all three countries to offer any necessary support.”

Said an ignorant White House. Obama causes ISIS to rise, but remains blind to his own defunct policies.

Aides said US President Barack Obama was being regularly briefed on the trio of attacks, which spanned three continents.

“I want to make clear I think there is a common thread here of extremist activity, but I don’t believe we’ve seen any evidence of tactical coordination … between the attacks, or by any one or any number of individual terrorist organisations.”

In France, a man was beheaded at an American-owned gas factory in the southeast of the country.

Officials say it was a “terrorist” attack: National Public Radio reported that a flag of the Islamic State (IS) group was reportedly found at the factory.

The attacks took place at the facilities of Air Products, an American company whose headquarters are in Pennsylvania, United States. It’s not yet certain whether the man was acting alone.

Why target an American company? Because Obama ignored the Assad Shiite atrocities but was willing to bomb the Sunni terror of ISIS.

Obama causes ISIS to recruit and get stronger because of his defunct policies protecting Iranian terror.

The luxury tourist hotel was in the Tunisian town of Sousse, the interior ministry said.

The five-star hotel, the Imperial Marhaba, was attacked before security forces arrived at the scene, who then exchanged fire with the gunmen.

According to witnesses, there were three gunmen armed with Kalashnikovs who attacked the beach resort. One of the gunmen has been arrested.

In Kuwait City, a suicide bomber blew himself up during prayers at a Shiite mosque killing more than two dozen people, in an attack claimed by the Islamic State group.

This was the first suicide bombing at a Shia mosque in Kuwait, according to Reuters, and the worst attack in the country for years.

UN Secretary-General Ban Ki-moon and the Security Council also strongly condemned the attacks on Friday, and said those responsible must face justice.

Ban condemned “in the strongest terms the terrorist attacks in Tunisia, Kuwait and France today,” said a statement from his spokesman.

“Those responsible for these appalling acts of violence must be swiftly brought to justice.”

Ban vowed that the “heinous attacks” will not weaken international resolve to fight terror but rather strengthen the commitment to defeat “those bent on murder, destruction and the annihilation of human development and culture”.

Obama causes ISIS to rise because he is a hostage to Iranian negotiations. which forces him to ignore the Assad atrocities.

The 15-member council also condemned the attacks in a unanimous statement and stressed “the need to bring perpetrators of these reprehensible acts of terrorism to justice.”

AFP and Reuters contributed to this article.

Russian Airstrikes in Syria Seem to Be Hurting Civilians More Than ISIS
Is Obama that blind?
The Uncontrollable State of Barack Obama
Slippery Barack Obama 976