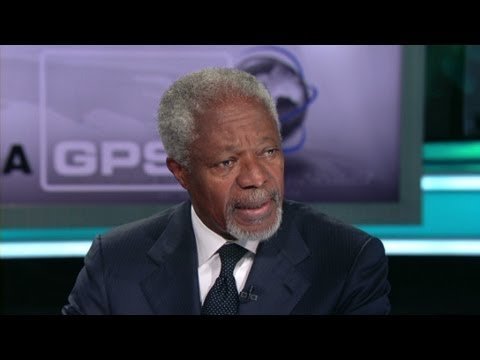 The plagiarist Fareed Zakaria invited Kofi Annan on CNN to showcase his utter failures in Syria in front of some 3,000 viewers or so. You would think that Kofi learned his lesson when it comes to violent dictators, but it’s really hopeless. His appearance to justify failure? Now, that’s Chutzpah.

After Assad killed Syrians by the thousands, Kofi wanted to accommodate the Syrian government by convincing Assad he should work with the opposition. In other words, Kofi’s plan was willing to let a sitting mass murder continue killing. How is that for a man of peace!!!

KOFI, CAN YOU SPELL TORTURE DUNGEONS?

The fact Assad can kill again using his torture dungeons is of little consequence to Kofi or Zakaria. All they see is the glorious applause from their peers for their brilliant ideas to keep Syria’s tragic war off their television sets. If only for a respite of few weeks.

Kofi and Carter are wired differently than any other human being of responsibility that we know of. They don’t learn, they are already the most learned men on this planet. Furthermore, they don’t experience, they let others do the experiencing for them (In our case, Syrians are experiencing Assad’s violence. not Kofi). Finally, they don’t adjust when they make mistakes, they try to find another angle towards reaching the same conclusions.

With people like Kofi Annan, all roads lead to their ideas. Which road to take depends on which administration it is easier to dupe.

The worst part in all of this? They know they failed, they may or may not know how wrong it is to shore-up a mass murderer, yet, they still make TV appearance to justify their failures by ridiculing those who disagree with their failed policies. Now, that’s Chutzpah.