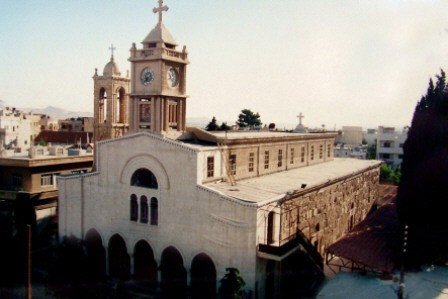 Not all minorities are the same

Many analysts and pundits unwittingly throw all the minorities of the Middle East into one big basket, whether this is due to extremist Muslim violence against minorities or to a strong sense of identity, it is hard to conceptualize; but what is a certainty is that not all minorities are equal, and not all behave the same.

Not all minorities are the same.

For example, consider the difference between the Jews of Israel and the Alawites of Syria. Both faiths have been oppressed, and both have triumphed against their oppressors (Although I can hardly equate Sunni oppression of Alawites often in the form of employing Alawite women as house cleaners to the gas chambers of the Nazi era). However, while the Jews triumphed by re-building their communities across the world using brain power, diplomacy, forgiveness, openness to better relationships, and strong defense, many of the Alawites of Syria triumphed by exacting extreme violence upon their Muslim and non-Muslim brothers and sisters that has been hidden from view for over 44 years, with the exception of the last three.

With Baschar al-Assad seeking a third-term, he wants his oppression to be indefinite.

In fact, some Alawites are far worse than any Muslim extremist could ever be if you ask me. When did you last read a story about Wahhabi zealots gassing their Shia nemesis in the Eastern Province of Saudi Arabia or in Yemen? Or target the Shia leadership with car bombs as the Alawites in power in Syria have done on so many occasions across the Arab world against their enemies?

Many people I know fail to understand that settled difference between the different minorities. It should never be that automatic the same way not all Muslims are the same.

The Catholics of Lebanon, for example, represented by the Maronites and other smaller denominations like the Marists, have always managed to co-exist with all the other religions and the opposite is true when it comes to the moderate Muslim communities of the Levant. There have never been any significant sectarian incidents, in modern times, between the Sunnis and the Catholics of Lebanon or the Shia and the Catholics until the rise of the killing machine of Assad followed by Khomeini and Hezbollah. Similar facts about the relationships between the Christians and the Muslims are as prevalent in other parts of the Levant, except when it comes to Egypt lately because of the Muslim Brotherhood exacting inexcusable revenge on the Coptic Orthodoxy mostly because of losing power and because of Syria.

The same can be said of the relationships between the Catholics and the Jews in Israel that is based on mutual respect even when both sides disagree. Compare this to how some of the Alawites of Syria behave when confronting minorities they do not agree with. The Assads have managed to kill more Druze and Christian leaders than any other men in modern history have.

The Orthodox Church, on the other hand, has not been as successful in managing its affairs with the Muslim or even the Catholic Church in the Middle East. The fact the Antioch Patriarchy supports Assad so strongly, even with the level of violence his regime is levying against the innocent, is a sign of a failed Constantinople Patriarchy that points the fingers directly at Patriarch Bartholomew I in Istanbul. This is especially true because the Church is fully aware that Syria is like Lebanon and that a Muslim leadership would look more like a Rafik Hariri Government than the Islamists of Egypt if the Church played a positive role in its construction the way the Maronites did in Lebanon.

The Muscovite Patriarchate acted in similar fashion when Milosevic was killing Muslims by the tens of thousands in Kosovo and when the Soviets were butchering Afghani innocent civilians in the eighties, which is a sign of a sectarian revenge trip and not at all about modern governance. Nonetheless, no one has the right to subject the Orthodox Church or its faith followers to violence or oppression. Gaining its confidence comes with a combination of patience and constructive criticism.

It is true that if Muslim extremists are unleashed, be it AQ or Hezbollah or the Muslim Brotherhood, they will be as violent against the Alawites, the Orthodox Church, and the Jews of Israel. This aspect, represented by a very tiny Muslim minority, should not turn the majority of the defending faiths into active monsters. Do you see Israelis gassing Palestinian terrorists? Could this be the reason why many in the Arab world, especially the Gulf nations, today look to Israel differently than say 10 years ago? The Orthodox Church has every right to defend itself, but it has no right to stand by a mass murderer the way it did beginning in March of 2011.

I wonder what Jesus Christ would say if he bore witness to the manageability of the Orthodoxy today in support of mass killers of innocent people all over the map, to include support for Putin.

Next time someone mentions the word ?minority? within the context of survival, behavior, security, or religious aspirations and/or independence, consider that some have been quite successful in managing their political and diplomatic challenges while being surrounded by hate and others have inflamed religious passions without any gains to speak about.

Could this be the reason why the Jews and the Catholics around the world are doing so well and why the Alawites and the Orthodox Church are under constant threats? It is certainly a timeless question wiser men and women on both sides and in both faiths should begin to ask.

It starts with removing Assad from power to heal a nation and to bring about an alternative non-violent and fully representative Government committed to the security of all the people of Syria.